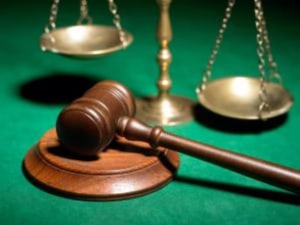 She was found to have misused $NZ1.8 million ($A1.76 million) of her clients' money while she was director and owner of New Zealand-based The Media Counsel (TMC).

She was found guilty on 11 of 13 counts in the Auckland District Court, including one act of causing loss by deception, six charges of theft by a person in a special relationship, and four charges of dishonestly using a document.

She was convicted of using redirecting payments due to her accredited media buying agency, Aegis Media, to repay a debt under an invoice factoring facility.

Wynyard was also found to have presented cheques she knew would bounce to various parties.

The Media Counsel wound up in 2010, having lost its own buying accreditation in 2009. It entered into an arrangement with Aegis to have it buy media on behalf of TMC.

Wynyard will face sentencing on 24 April.

It is not known how severe a punishment she will face, but under section 228 of the New Zealand Crime Act, relating to dishonestly taking or using a document: “Every one is liable to imprisonment for a term not exceeding seven years”.

Wynyard was working at Sydney-based Chaos Media, and founder David Lewis said Wynyard had not hidden the legal difficulty she was facing from any Chaos Media clients.

“Glenda Wynyard has been a valuable contributor to our agency and its clients. I have been aware of Glenda’s situation within the New Zealand market from the outset and at no time has she ever hidden her position from anyone in the Australian market,” Lewis said.

“Chaos Media has outstanding staff and expertise and we continue to provide high quality services to our clients.

“Glenda is currently in New Zealand and as this case has not been concluded, to make any further comment would be inappropriate.”

There is no suggestion Wynyard misused any money at Chaos Media.