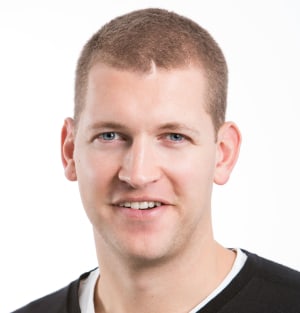 MEC has promoted Ian Edwards to the newly created role of Sydney managing director following significant growth over the past 12 months.

Edwards has held several roles at MEC during his 13-year career and was most recently the agency’s national head of operations. He began as an intern at MEC London.

He will look after the day-to-day operation of the Sydney office, a duty previously managed by MEC CEO James Hier. Edward's promotion will help free up more of Hier's time for rapidly growing offices across the country.

“This year there has been significant growth of those other cities. Brisbane has doubled in size, Melbourne is growing very fast, Adelaide continues to grow and we've opened New Zealand in the last 18 months,” Hier says.

“With the Vodafone win, to try and manage an office of Sydney's size along with four offices that are growing in their own right became almost a neglect of duty not to have a city leader in Sydney.

"Sydney lands some of the larger national advertisers in Australia, which requires a more hands on approach to tip us over a larger agency structure that requires someone to be here day to day."

Aside from Vodafone, MEC has had several client wins recently, including Go Daddy and Flinders University. Hier says the agency has also been approached by "one of the bigger clients in the market" to see how they can work together. It also works with Nestle.

"That gives us some confidence 2017 will be another big year for us," he adds.

Edwards says the agency is also poised for organic growth with clients looking for additional services from the agency.