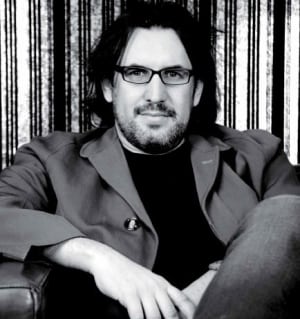 Sponsored: This article is part of a series profiling influential figures in the media and advertising industry in partnership with The Newspaper Works. It first appeared in the 12 June issue of AdNews. Download the page here: Adam Ferrier Masters of Influence

Adam Ferrier isn't your typical advertising executive. Start with the fact that he would make his industry's job harder if he had the chance.

“What I'd like to see is somehow consumers getting more educated and moving from mindless consumption to mindful consumption,” says Ferrier, global chief strategy officer with independent creative, media agency Cummins&Partners.
This enhanced understanding by consumers of the power and techniques of advertising and marketing would force a smarter industry to evolve, limit the circulation of “crap” creative ideas and bad consumer products and services, and leave people happier, he says.

Putting his money where his mouth is, Ferrier wrote his 2014 book “The Advertising Effect: How to Change Behaviour” as much with the idealistic goal of pressing consumers towards this epiphany as to inform advertisers, he claims.

On their part, Ferrier suggests advertisers should consider their ethical responsibilities as influencers.
“Advertising and business success are highly correlated. We need to take what we do really seriously and be forever questioning what behaviour change we're creating and why.”

Juxtapose these positions against Ferrier’s influence as a proponent of marketers and advertisers tapping into consumers’ hardwired, irrational biases and you may get some taste of why he’s considered controversial.

“A friend called me an enigmatic irritation,” he retorts, somewhat proudly, when the notion of his “divisive” reputation is put to him.

Ferrier’s rise and sway undoubtedly relates to how his current role comes at the intersection of two career paths.
First, as a psychologist in maximum security prisons, and only later in advertising, including two years at Saatchi & Saatchi and eight at Naked which he co-founded.

He credits his work with society's most deviant for providing him an invaluable, “dialled-up” view into the subconscious drivers of behaviour. In particular, how some people can rationalise even the most “horrific” behaviour after-the-fact.

This dovetailed into his zeal for how consumers’ irrationality and inherent biases can be played to great effect in advertising.

Ferrier has launched some of Australia's most innovative and globally recognised advertising campaigns of the past five years, such as The Overstay Checkout for Art Series Hotels (2014), “Steal Banksy” (2011) and The Act Button, a Cannes Chimera 2014 winner.

His trademark has become campaigns that eschew passive communication to inspire active interaction with brands as a means of developing preference and affinity. “The area of ideas I like exploring the most is this idea that action changes attitude faster than attitude changes action,” says Ferrier.

“My philosophy on what makes great advertising would be ‘simple or wonderful but nothing in between’,” says Ferrier.
He views the advertising industry today as stifled by a lack of an evidence-based approach, or as he puts it: the creative director “wanker” telling people to “trust me” on ideas; the “death by committee” of creativity and originality; and what he sees as a troubling proportional relationship between the amount of money being spent on an advertising campaign and risk aversion.

He’s motivated personally and professionally by a desire to introduce fresh ideas, particularly in the face of what he views as ever-more heightened “normalising pressures” in and outside of his industry - pressures which he admits his advertising often drives.

Asked to what he himself credits his influence, Ferrier points to his “seemingly incongruous” ideas - weaving behavioural science and an analytical approach with “weird ideas and creativity.” Ferrier readily admits to being a provocateur. Or to put it in a more typically Ferrier way, he believes it's better to have been thought a “dickhead” on occasion than never have tried at all.

“I’ve always valued people who make the world a little bit more interesting and sort of have the gumption to take a stand that's different or to create something that's new or to follow through on their own beliefs no matter what other people are saying. I feel like I’m at my best when I’m living up to that ethos.” People like Melbourne-based Father Bob Maguire, who Ferrier picks out first when asked to name an influencer he admires – a predictably unpredictable response.

“He's a complete maverick in the Catholic Church; a renegade who does really good work, and he doesn't let the conforming powers of tradition constrain him. He finds a way to work outside of the system.”

Also in the series: