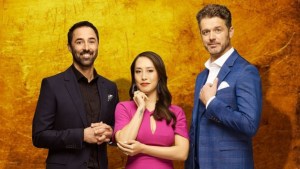 The current season wrapped up on a higher note than last year, which drew in under one million metro viewers. It was the last season before long-time judges Matt Preston, Gary Mehigan and George Calombaris departed amid controversy over Calombaris’ underpayment of staff.

Last night Ten also confirmed it will be bringing back new judges Jock Zonfrillo, Melissa Leong and Andy Allen for the first season of Junior MasterChef Australia in nine years.

“The advertiser integrations across the show, proves the credibility and influence of the MasterChef Australia brand in the Australian psyche.”

MasterChef Australia was followed by Seven News in ratings, with Ten’s Have You Been Paying Attention? and Seven’s Big Brother the only other non-news programs to make it in the top 10 programs, reaching 771,000 and 712,000 viewers respectively, according to Oztam.