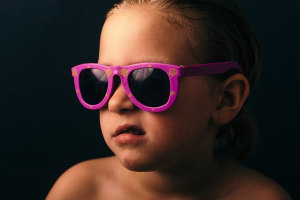 The board of global advertising group M&C Saatchi had expected a takeover offer from its deputy chair, software entrepreneur and major shareholder Vin Murri

Instead, it received a merger proposal from AdvancedAdvT Limited, established by Murri as a London Stock Exchange listed "acquisition vehicle".

A merger -- in the name of turning M&C Saatchi into a more digital business -- would essentially be a reverse takeover.

AdvancedAdvT Ltd last week grabbed a 9.82% shareholding in M&C Saatchi at £2 a share, well above recent trading. Murri has 12.46% of M&C Saatchi in her own name.

The deal offered is 1.86 new by AdvancedAdvT shares for each M&C Saatchi share. This would value M&C Saatchi at more than £220 million

However, the M&C Saatchi directors, other than Murri, aren’t impressed. Nor was the market with M&C Saatchi shares falling more than 12% to 184.00 pence on Friday.

A statement by M&C Saatch to the stock exchange: “The independent directors' initial opinion is that this all share proposal does not articulate an alternative strategy for the benefit of the company's stakeholders beyond an initial change of control of M&C Saatchi.

“The proposal does not reflect the value of the business and its future prospects and would disproportionately transfer equity value from M&C Saatchi shareholders to AdvT shareholders.

“M&C Saatchi's current strategy has been in place since Q1 2021, and has resulted in a number of positive trading updates.

“Meaningful new client wins include Uber, Google, Tiktok and Tinder as well as new assignments from existing clients including the UK Government, Pepsico, Reckitt and Lexus.

“It is not clear to the Independent Directors how shareholders and other stakeholders would benefit from ownership dilution and a change in board leadership of the company.”

However, AdvancedAdvT believes an enlarged group would have the opportunity to create significant value for its then shareholders.

A statement: “A merger would create an opportunity to build a data, analytics and digitally focussed creative marketing business with a strong balance sheet and additional management expertise in transforming businesses at pace and execute on complementary M&A.

“This would allow the enlarged group to continue its evolution and, crucially, accelerate the implementation of its growth strategy and therefore be increasingly relevant to its customers.

“The board believes the enlarged group would be well-positioned to take advantage of the structural changes arising from an acceleration of digitalisation, affecting the way businesses operate, engage and sell to customers, and would offer benefits to employees, customers and shareholders.

“The merger, combined with a focus on a data, analytics and digital creative marketing strategy plus M&A, would enable the enlarged group to capitalise on the heightened opportunity to 'navigate, create and lead meaningful change' whilst guiding companies on their new digital journey.

“It would defend M&C's traditional creative base against disruptive competitors and enable the enlarged group to grow market share against its peers.”

M&C Saatchi reported a better than expected first half year with profits ahead of pre-pandemic levels.

In September, the company reported headline profit before tax of £7.1 million, 209% ahead of the same half year in 2019.

In a trading udate last month, the M&C Saatchi reported: "The company is pleased to announce that trading has continued to be strong and, as a result, management now believes full year 2021 operating profit will be materially ahead of expectations."

The company was founded in 1995 by Maurice & Charles Saatchi, Jeremy Sinclair, Bill Muirhead and David Kershaw.