Man versus bot: Only humans can beat ad fraud… if they want to 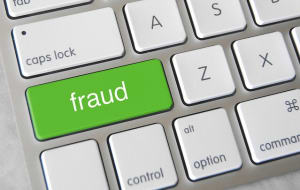 Advertisers spent $142bn on digital media in 2014 according to Magna Global. But actually, billions went to fraudsters.

Putting a precise figure on ad fraud is difficult, the IAB said yesterday at Advertising Week Europe. But even at the low end of the scale, it’s more than say, the Sicilian Mafia makes.

An ANA/White Ops study in December estimated that ad fraud would take $6.3 billion out of the market in 2015. But that was based on ad spend totalling $48.3bn ($40bn display, $8.3bn video). That suggests 13% of marketers’ dollars are being skimmed off, although White Ops, the firm that ran the investigation of advertiser campaigns across ad platforms and publisher sites, said it suspected fraud activity was “depressed” because the investigation had been made public.

It actually ran the investigation covertly for a month longer than publicised and saw bot levels rise again.

So who’s to blame? Advertisers, trading desks, ad tech platforms and publishers. Everyone in the value chain has to take responsibility. The IAB, the BBC, Accuen, Integral Ad Science and OpenX echoed that message yesterday. That means people taking responsibility and not relying on tech to fight the bots.

The IAB’s UK director of data and industry programmes, Steve Chester, told Advertising Week Europe that quantifying ad fraud was tricky, because fraud itself was not easy to define.

The ANA/White Ops study was “pretty extensive”, said Chester, “but it depends which publisher you are looking at. If you look across premium publishers it would be a lot lower than a lot of blind networks. I have seen [estimates of digital ad fraud] range from 3%-85%. What is more important is understanding what constitutes fraud and what you can do about it. Buyer or seller, how you can minimise it. It is context [not x percent]”.

Tom Bowman, BBC’s senior vice president of sales operations said fraud was like influenza. It could not be eradicated but industry had to take its “inoculations”. That meant putting the resources, i.e. people, in place to deal with new variants. But he disagreed with Chester that fraud levels were necessarily any lower on premium sites.

But publishers only have themselves to blame if they are defrauded out of revenue, or are found to be artificially inflating traffic through bots and fake traffic and asked for a refund.

“They are also targeted because a lot of publisher sites are really badly set up and are very vulnerable to this,” said Bowman. “They haven’t done their homework, they haven’t got the systems on the site.” All too often the attitude is “leave it someone else to worry about”.

Using human resources as well as technology solutions was key to tackling ad fraud, he said.

The BBC had put systems in place three years ago, said Bowman, working with US-based outfit The Media Trust.

“Our DMP and ad serving platforms have systems that chuck stuff up… Things hitting you in tags, things hitting you in creative, all that stuff happens. It then becomes a case of whether you have the teams in place going back and sorting things out.”

Ed Thomas, head of product at Omnicom-owned trading desk Accuen, agreed that man was needed to beat the machines.

“One of most effective ways we’ve found [to tackle fraud] is being able to talk to the person you are buying from. Just because there are machines that make the transaction, it doesn’t mean you should not be able to have a conversation with the end entity that you are spending with.”

Accuen also uses several technologies to detect fraud, said Thomas. “It is dangerous to rely on one source of truth because no system is perfect.” But human-to-human controls have borne fruit.

“What we started pursuing aggressively two years ago is who we were working with and buying from at the first level - in most cases is the exchange - but then through the exchange to find the real people behind the tags that are sent into the exchanges.”

If those websites didn’t have a phone number, said Thomas, “that was a bit of a red flag.” If they didn’t answer the phone within five rings was another, said Thomas “because any sales person who doesn’t pick up the phone when it rings isn’t actually selling.”

Accuen also set up a “deliberate honeypot campaign” to gauge how groups were buying to resell and manipulate prices, which Thomas said is “part of the same [fraud] problem”.

“That was very successful in shutting down a significant number of bad actors that we interacted with. We found campaigns worked better once we had eliminated bad practices, because normal media maths suddenly starts to work.”
Thomas said it was “a bit like somebody has turned the gravity on”.

“Things like reach and frequency suddenly start to relate to [things like] people buying cars. If you are selling 50% of your campaign to non-humans, the gravity won’t work in the same way. Jumping around on the moon might be fun but it doesn’t sell cars.”

The problem is, the bots have learned how to fake conversion metrics. They can also fake viewability. Falsified conversions are “a more sinister problem” said Thomas, and that causes more problems for agencies.

“The scale at which that is growing is starting to call into question a lot of automated optimisation because that data is used to optimise. If bad data goes in, you’ll be spending more with bad sources of inventory.”

Technology will ultimately provide an answer reckoned Thomas, but he said that as with publishers, retailers couldn’t just shrug.

“If a retailer’s site is being hijacked in some way, then they need to take a certain amount of responsibility for that. Those things are tech problems and I am sure a solution will come out soon that fixes and addresses that problem in the same way that you can prevent an ad being shown to someone, you can prevent conversion tracking technology being abused,” he said.

“But everyone end-to-end is ultimately responsible for making sure it is clean.”

Therein lies both the problem and the solution.