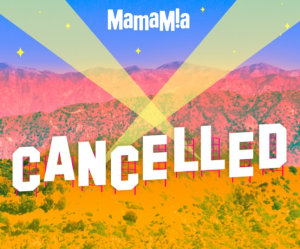 Celebrity cancel culture is the subject of a new comedy podcast from Mamamia.

Co-hosted by Jessie and Clare Stephens, Mamamia’s Assistant Head Of Content and Editor In Chief, respectively, Cancelled brings the duo’s trademark wit and eye for the absurd in entertainment to a corner of pop culture that seems to be spinning out of control.

Clare Stephens: “Right now, people need escapism, and they need a laugh. Cancelled is a comedy podcast which takes the internet’s constant outrage as seriously as it deserves to be treated… which isn’t very. Comedy is a growing genre in podcasting which is, as it stands, very male-dominated. Mamamia has heroed women’s voices for more than 14 years, and Cancelled is an approach to pop culture that’s fresh and funny.”

Jessie Stephens: This is a podcast we’ve desperately wanted to make in response to a culture that calls ‘out’ rather than calls ‘in’. We want to examine the absurdity of cancel culture by telling the stories of celebrities like Justin Timberlake, Ellen DeGeneres, Lance Armstrong and Chrissy Teigen, with a raised eyebrow. We’re so excited to launch this project that’s unlike anything we’ve done before.”