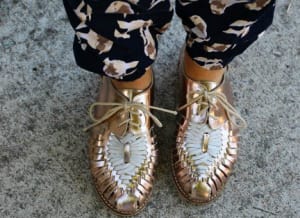 Mamamia is adding to its current network of coverage, pushing into the fashion and style category to connect with editorial eyes and commercial partners.

In the first collaboration with newly created consultancy business Broad, the publisher unveiled research on the influences and levers on retail fashion and homewares spending by the Australian female consumer.

The results found building self-confidence and feelings of stylishness drive the retail dollar, and as such brands that aim to build a long-term profitable relationship with female customers must invest in boosting the customer's self-perception.

Current fashion and lifestyle media aren’t engaging two thirds of consumers, the new whitepaper found. Many women feel left out of the content available to them, not quite connecting to high-end fashion advertorial content, such as spreads seen in Vogue or Elle.

Mamamia has identified this gap in the market as an area of opportunity for both editorial content and commercial partnerships and will push more into the fashion category with the launch of a new vertical on its site.

It's current verticals include news, entertainment, lifestyle, parenting, beauty and style, health, relationships and video. The beauty and style vertical will have a bigger presence on the site over the next six months.

“There are other areas that we haven’t necessarily gone deep in, but we will be and it provides a nice editorial and commercial outlook for 2017,” she says.

Broad social researcher Tegan Gilchrist says while fashion and style has always been an element of what Mamamia promises, the female-first publisher will now invest heavily in the area.

“We are dialling up the volume of content you’ll see coming from our network in fashion and style. That’s an area we think is a great place to connect our audience with great brands,” she says.

Gilchrist says the focus will be on everyday fashion rather than high fashion to reach broader customers who aren’t engaging with traditional style channels.

“We are trying to unlock the spending in the average Australian women who are left out of the fashion conversation. We want to grow the pie of customers,” she says.

“Feeling good shouldn’t be unobtainable and we want to help our audience achieve that while also providing a great opportunity for brands.”

Previously, Mamamia has worked with brands such as Fisher Price and Westfield for sponsored posts, such as The 6 best beauty and style trends to try this winter and Modern takes on old school toys. In July, founder Mia Freedman teamed up with retailer South of the Border to produce a shoppable edit.

Readers can expect to see content similar to these posts, with a focus on children’s fashion and also men’s.

“Women are making 40% of all clothing decisions for their husbands and six out of 10 purchases of men’s clothes are made by women. Same with kids clothing purchases – if you miss the mum you are missing two other big markets,” Gilchrist says.

Brands such as Target, Cotton On Kids, Kmart and Big W were revealed as favourite brands for kids clothing, which means collaborations with Mamamia could be on the cards in the future.

She says the fashion vertical won’t be the last Mamamia will be launching. Currently Broad is working on a research paper on women and finance, which could mean a finance vertical is in the works.

The move into fashion coincides with the completion of the publisher’s brand migration, bringing The Glow, Debrief Daily and The Motherish, underneath the hero title of Mamamia to cement its position as a one stop digital spot.

The site has also welcomed a new logo and removed the former ‘Mamamia Women’s Network’ title to just Mamamia.
Rogers tells AdNews that when she begun her role in 2015, she recognised the brand needed a refresh.

She explained Mamamia no longer needs to identify as a “women’s network” as the market now recognises it is more than a mummy blog.

“As a brand, we’ve grown up. We know what we want and so does our audience,” Rogers says.

Another area of opportunity Mamamia is tapping into is its audience love for TV-related content. The Binge podcast with Rosie Waterland tops the charts on iTunes and has inspired a Binge Your Style editorial segment, which will look at the style of characters from popular programs, such as Nina Proudman from Offspring.

Mamamia has a longstanding relationship with Foxtel, previously promoting shows such as the Great Australian Bake Off.

“The platform is great to work with television. Currently we are doing work with White Wings and Offspring and we know Binge Your Style will be a success – our audience has a huge love for Rosie Waterland,” Gilchrist says.