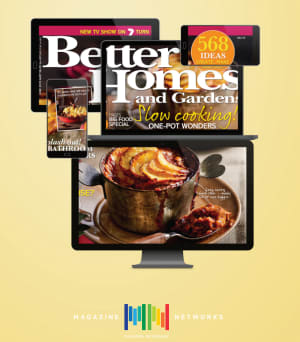 The industry body for magazines, The Magazine Publishers of Australia (MPA), is today revealing a new brand positioning and name for the group, called Magazine Networks.

The industry body is made up of publishers: Bauer Media, NewslifeMedia and Pacific Magazines, with the concept for the new brand being centred around a research project which was designed to understand the role that magazines play in the lives of consumers today.

As well as the new name, the body will also be launching a trade campaign with the tagline ‘passion, response’, as well as a newly redesigned website.

“Trust in our professional curation of content accompanied by high levels of engagement continues to differentiate the magazine medium. We have a clear role to play in the media mix and it’s high time this was recognised,” he added.

The research conducted by Fiftyfive5 analysed readers’ perceptions of print and online magazines across key market categories by surveying their levels of engagement, influence and response to purchase. Mary Ann Azer, executive director of Magazine Networks explained that magazines have a “clear role to play in igniting brand response, directing brand response and activating it”.

Magazine Networks is the second industry body to reshape its brand positing in the past few months, with the newspaper industry body also coming up with the new name of NewsMediaWorks. The moves was also done to highlight the multi-media offering of modern day newspaper brands.

The trade campaign, which was created by creative agency Joy, will start on 20 June with a heavy focus on digital and will continue until March 2017.