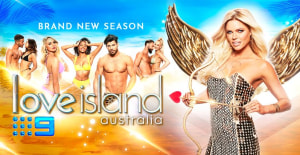 The return of reality dating show Love Island has seen the program grow its audience following its move from multichannel 9Go! to the network's main channel, with a national audience of 639,000.

The show was up on the national average audience last year of 565,000, which included viewers from 9Go!, 9Now and the later broadcast on the main channel.

The show was also a hit for Nine's broadcast video on demand offering in 2018, with initial video player measurement figures for last night's live stream on 9Now reaching 48,000 and on demand viewing hitting 19,000.

Including these figures, the total audience for the show reached 722,000.

Nine also had success earlier in the night, with The Block returning to the top spot in primetime against Ten's The Masked Singer.

The Masked Singer's entire show only drew 700,000 metro viewers plus another 270,000 from regional viewership, creating a national audience of 970,000.

Seven continued to struggle in the primetime position, with its latest show, The Real Dirty Dancing, only drawing 528,000 metro viewers and a total national audience of 829,000.