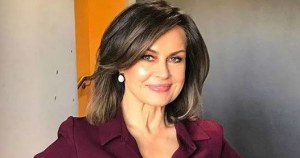 The veteran journalist will become part of Ten's flagship panel show The Project from January 2018, with further roles to be announced in coming months.

Wilkinson's exit comes after a breakdown in negotiations with the television network over the terms of a new contract.

Wilkinson, who started her career in magazines leading Dolly and Cleo, has been with Nine since 2007, alongside co-host Karl Stefanovic.

Nine confirmed the network was "unable to meet the expectations" of Wilkinson and her manager on a contract renewal for a further period.

CEO Hugh Marks said in an article on 9News the company walked away from the long-standing television host because they couldn’t secure exclusive digital rights. Wilkinson is editor-in-large at HuffPost, which apparently came to a head when she provided exclusive content for the publication over Nine's 9Honey.

“She has a number of commercial rights with other parties. Her arrangement with The Huffington Post restricts our ability to engage with her digitally… we are restricted from engaging with her also on social media,” Marks said.

“It’s not just a pay thing. We want people to partner with us, who are invested and want to go on the journey with us.

While the network hasn't named her replacement, a spokesperson commented: "Nine will be going in another direction and will be considering our options in the coming weeks and months".

Wilkinson says: “I want to thank Channel Nine for the privilege of co-hosting the Today Show for the last ten years. I would particularly like to acknowledge my colleagues Karl, Sylvia, Georgie, Tim, Richard, Stevie and Natalia, as well as all the hard-working producers and the entire team behind the cameras - every one of them has contributed to the incredible success of the show. Most particularly though I want to thank the Today Show audience who have been so supportive and incredibly loyal to me over the last decade. I can never thank you enough and I look forward to seeing you soon.”

Wilkinson will join current hosts Carrie Bickmore, Waleed Aly and Peter Helliar on The Project, which was recently expanded to six nights a week.

Network Ten chief content officer Beverley McGarvey says: “Lisa Wilkinson is one of the most respected journalists and television presenters in Australia and we are thrilled that she has agreed to join Network Ten’s fantastic stable of on-air talent.

“In a career that has spanned magazines, radio, television and digital media, Lisa has established her credentials as a leading figure in the Australian media industry. She has a great connection to the Australian public and a reputation that is second to none. We are proud that she has agreed to join the acclaimed team at The Project and The Sunday Project."