Lighting the town red for Give with Heart Day 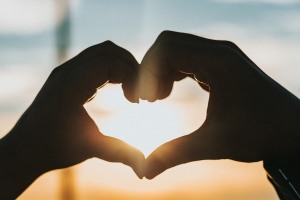 Famous landmarks around Australia will light up red tonight in support of the Heart Foundation’s annual 24-hour fundraising challenge, Give with Heart Day, on September 15.

The campaign was developed with support from the Heart Foundation’s specialist healthcare creative agency, DDB Remedy.

However, people living in locked-down cities have been warned not to leave their homes to view the illuminations, videos and photos will be posted by the Heart Foundation.

The sails of the Opera House will light up from 5:30pm on September 14, other times vary from city to city, and according to the lighting method.

“Give with Heart Day rallies supporters throughout Australia to help raise money for heart disease research. Through life-saving research funded by the Heart Foundation, many Australians are given a second chance at life, keeping families together,” Elton says.

“As Australia’s largest non-government funder of research into heart disease, saving lives and keeping families together is at the heart of what we do. But we need the public’s support to continue this work because, despite big advances, heart disease still kills more people than any other single cause and millions of Australians remain at risk.”

Helping promote the fundraising target of $1.5 million is Give with Heart Day ambassador John Aloisi. The former Socceroo and football coach is best known for scoring a goal during a penalty shoot-out against Uruguay in 2005 – helping Australia qualify for the World Cup for the first time in more than 30 years.

At the end of 2019, Aloisi, a father of three, was diagnosed with a tear in one of the valves in his heart. He had open-heart surgery the following week which was a success. He appears in a hero video filmed for the campaign.

“I look at it like there was life before the surgery and now life after surgery. It does feel different; it feels like I’ve got another opportunity to help and give back,” Aloisi says in the video.