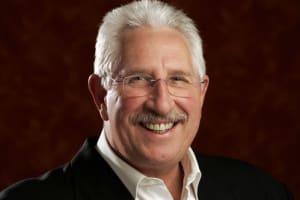 Walker, affectionately known across the country as Tangles due to an odd delivery stride, was a cricket star in the 70s, an accomplished Aussie Rules football player and a true personality that will long live in the hearts and minds of Australian sports fans.

He was a genuinely larger-than-life personality who filled the game and commentary boxes with an insatiable energy, humour and joy.

Walker also starred in many TVCs in the 1980s, including memorable ads with fellow cricket legend Doug Walters, such as the 1986 beauty for Tooheys below.

“He was terrific bowler as his Test record shows, but an even better bloke. He will be missed by the whole Nine family," Marks said.

“Larger than life on and off the field, a huge character with that laconic, laid-back approach to sport and life. Just a big, cuddly colourful bloke whom everyone really liked - his opponents just as much as the rest of us.

“Max enjoyed that unique sense of humour made only in Australia, which shone like a beacon in his post-retirement commentary roles on Nine, his hilarious books and his famous ‘have a good weekend Mr Walker’ television advertisements. Max leaves an indelible signature on Australian cricket and its culture. He will be profoundly missed’.”

Tom Malone, Nine's director of sport, said the whole Wide World of Sports team was deeply saddened "by the passing of our friend".

“Max was a pioneer of the industry, making the transition from elite sportsman to television host seamlessly. He was a true Aussie character, who's enthusiasm and love for life was infectious. He will be sorely missed. Max was and will always remain, a treasured member of the WWOS Family," Malone said.

On the field he provided strong bowling support to the likes of Dennis Lillee and Jeff Thomson over 34 tests in the 70s, taking 138 wickets at 27.47. Walker also previously played in the VFL for the Melbourne Football Club; playing two vastly different sports at such a high level is a rare feat. But it was cricket that he loved most and was a loyal servant to throughout his colourful life.

Off the field, cricket tragics will remember the pace bowler for a bubbly personality that lit up the Australian cricket commentary team throughout the 80s and early 90s. He was also parodied, to huge fanfare and with love, by satirist Billy Birmingham in The Twelfth Man series.

Walker's TV career continued post cricket on The Sunday Footy Show and Nine's Wide World of Sports until 1999. He also wrote several successful books, was awarded a Member of the Order of Australia for service to cricket and was widely revered for his amazing stories and colourful life.

Today, tributes poured in from the cricketing and sports world, politicians and even Russell Crowe. Former teammate Kerry O'Keefe perhaps summed it up best:

Here are some of Tangle's TVCs: