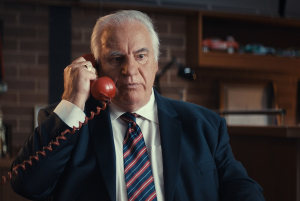 The 2022 lamb commercial takes a dig at some of the absurdities of the pandemic and places Australia back on the map after being isolated for so long the world had forgotten it existed.

“Hey Ma, I told y'all Australia was real,” says one American in the TVC, Australian Lamb: The Lost Country of the Pacific.

The annual summer ad for Australian Lamb again puts the pandemic squarely in the frame, building on last year’s Make Lamb not Walls which urged bringing down state borders.

This year the lamb thrust is international and the message: Share the Lamb, 100% Australian.

The detail-rich long form commercial, directed by Al Morrow from Rabbit, follows a world explorer and a protégé as they rediscover there’s a whole world outside fortress Australia.

The first clue is a soft toy with a label, Made in China. "Oh yeah. Forgot about China," says the explorer.

His sidekick: "We've forgotten there's a whole world out there."

The duo, inspired by the tantalising sight of Aussie lamb, cultivates a plan to get Australia back on the international map.

Lambassador Sam Kekovich, footballer and sports commentator, is back as the architect for a full-scale national lamb rollout, a scheme enlisting Australians to spark up BBQs, sending out a huge cutlet shaped smoke signal to the rest of the world. 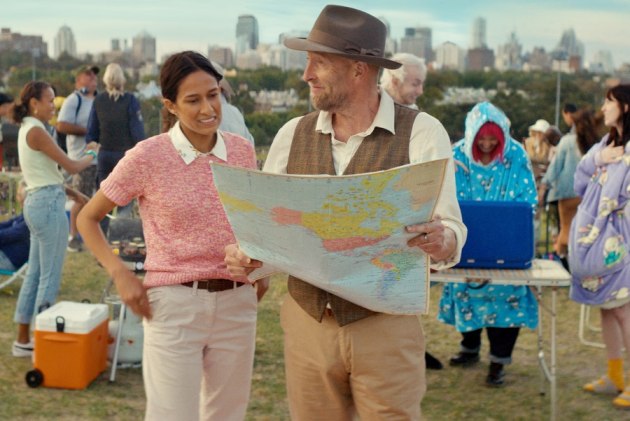 The TVC is a reminder that Australia is a country not to be forgotten. At the airport, there are heartwarming reunions as returning travellers make their way back to sunnier climates and lamb barbies.

With appearances from space travelling billionaires (Elon and Jeff) to US conspiracy theorists, the ad is a satirical look at the world through the global pandemic.

“Thank God we don’t have to pick our own fruit anymore,” says an Australian couple when spotting returning backpackers.

The closing scene is in the office of WA premier Mark McGowan: “I think I’ll stay here a little longer,” he says while looking at a map showing that state as the only place in the world.

Graeme Yardy, domestic market manager at MLA: “Each year the ‘Share the Lamb’ brand gives us a great opportunity to show how the unmistakable flavour and aroma of lLamb brings Aussies together, even through the toughest of times.

“In 2020, we were all about breaking down state borders, but this year we’re ready to finally open back up to the rest of the world, and what better way to issue the invite than with tasty Australian Lamb.”

Creative director at The Monkeys, Scott Dettric: “It’s been another truly bizarre year in Australia where it feels like everything and nothing has happened simultaneously.

“We’ve been exploring our own backyard and generally being introspective but as 2022 begins we are finally turning our attention towards reconnecting with the rest of the world.

“We’ve worked long and hard to put Australia on the map and we don’t want to become 'the lost country of the pacific'.

“What better way to reunite with the rest of the world than luring everyone over to ours for a Lamb barbie.”

The ad launched across free to air and subscription TV nationally last night (Sunday) and will be pushed out across digital, social and retail OOH channels by media agency UM, with One Green Bean driving coverage for the campaign across earned media and owned social.