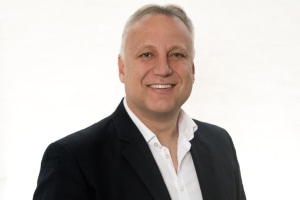 However, despite the publicity-grabbing moves, including one this weekend which saw a nurse keep her hand on a car for 57 hours, Kayo CEO Julian Ogrin tells AdNews that its performance marketing channels through social is actually what's pulling in the subscriptions.

Despite it not having the "the sex appeal of the great stunts that you get to see", Ogrin said it is most active in digital.

"All of our performance marketing channels through social are the heart and soul of where we drive our acquisition strategy," he said.

Since its official launch in December, the platform, which gives users access to all of Foxtel's key sport channels and assets, as well as other exclusive features, has reached 100,000 paid users. 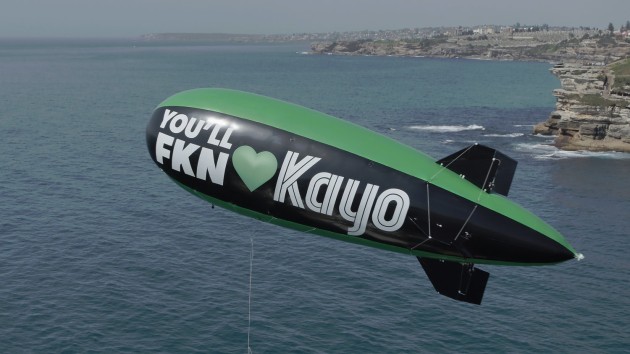 From these events, Ogrin said the business had learned over the last summer that it has to maintain a two-pronged attack in terms of how it executes its marketing strategy.

"First it's about us building brand awareness as that's where you get people's consideration for the brand -  and this is where the bigger stunts come into play," he said.

"Then, we have a tactical blitz around the key sporting events to make sure all of the channels line-up and capture that particular considered customer attention ready for that event."

Ogrin said people aware of Kayo are ready to join the platform, but tend to be waiting for one sport that appeals most to their interests, using cricket as the example for driving summer subscriptions.

Now that the early subscription push has been completed, Kayo has launched its 'Scary Good' campaign, targeting fans of AFL, NRL and motorsport.

Ogrin added that while there will still be a level of larger scale event marketing, the business will now be "very measured" as the year goes on.

As for further advertising opportunities within the platform, Ogrin said it would remain dedicated to limiting the amount of advertising on the app.

While the likes of Toyota, McDonald's and Flight Centre have all appeared as "presenting partners" on the app's loading screen, there are a few other areas where branding occurs.

"We want to make sure that we keep the customer experience focused on people enjoying the game and it will be more of the same as we go forward," Ogrin said.

Ogrin is confident that the Foxtel-owned sports streaming platform will continue to achieve strong subscriber growth, as the business prepares for the start of the Australian winter sports season.

The business is confident that the platform would be able to continue to build on the momentum generated over summer by cricket, with many Australians preparing for the launch of the AFL, NRL, Super Rugby and Motorsports seasons.

"We got through the summer literally ticking all the boxes we wanted to tick going into the first two or three months of the launch of the business," Ogrin said.

"The most important result of all is to make sure you've got a growing and solid customer base and going off our reported growth, that certainly met our expectations."

Ogrin said the start of the year is an obvious indication of the strength of the platform, with social sentiment sitting at 90% and strong growth in user engagement on both smartphones but also TV.

According to Kayo, TV is now number two in terms of device categories and usage of the platform, with the business using the remaining weeks before the start of the winter season to expand its reach through integration into new devices, including Android TV.