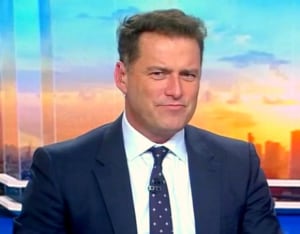 Nine has confirmed that Karl Stefanovic is being cut from the Today Show after more than 14 years.

His departure follows the earlier exit of co-host Lisa Wilkinson who joined Ten's The Project after a pay dispute.

Rumours of Stefanovic's exit have been circulating since the show began shedding viewers despite Georgie Gardner replacing Wilkinson.

Several reports this week suggested Stefanovic's departure was imminent after the departure of his brother, Peter Stefanovic, from Nine. News Corp also reported there was crisis talks at the network about the future of the program.

Director of News and Current Affairs director Darren Wick said a new line up and format of the Today Show will be made in coming weeks.

“Nine and Karl Stefanovic have agreed it is time for him to step off the Today Show. Karl remains on contract with the network and will continue to host This Time Next Year, which records in February.

“For over 14 years Karl has been at the centre of the Today Show bringing his unique personality and perspective to the day’s news and current affairs."

Stefanovic said: “For the last 14 years I’ve co-hosted the best show on television. I can’t thank Nine enough for the opportunity. I never in my wildest dreams thought I would be good enough to host this grand show for so long.

“Thanks to our viewers mostly, you are what matters most. It’s been a tough time. Thanks for hanging in there. I look forward to seeing you in another capacity at this great Network soon.”

Take a look back at Stefanovic's best moments on the show: