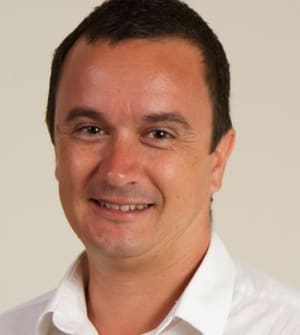 After 14 years at Dgm and then Asia Pacific Digital (APD) after the marketing firm brought the sister companies together in 2015, John Matthews has taken on the role of director of customer acquisition at Fox Sports Australia.

The move sees the British-born digital marketer head back to Sydney after almost three years based in Singapore.

Matthews has a long and successful industry history, from four years as account manager at Webgravity, one of the UK's first search agencies, starting in 1999. This role saw him manage some of the region's first paid search campaigns.

He relocated to Australia as head of search for Dgm in April 2004, setting up dgmSearchLab and working with clients such as Dell, Yahoo, and American Express (globally).

Dgm's 2006 restructure saw Matthews move from a single-product focus to heading the client services team. This group of highly skilled, award-winning talents managed tens of millions in revenue annually for key clients including Telstra and Citibank.

Matthews took the reins as CEO/general manager of dgm in 2011, before the relocation to Singapore as group head of performance and media of the rebranded APD in 2015. With 10 offices across South East Asia, Sydney, Melbourne, Auckland, Hong Kong and Shanghai, Kuala Lumpur, Manilla and Singapore, APD's list of more than 1000 clients includes Bayer, Dell, eBay, Toshiba and tumblr.

Matthews has said that his goal is to increase education and awareness of how clients can utilise all digital marketing channels to deliver significant and long-term sales objectives.

APD is currently subject to a takeover bid by Trimantium GrowthOps Limited, which sees this as a chance to cement its position within consulting, creative and technology.