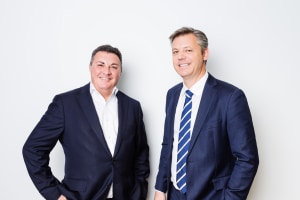 Former APN Outdoor boss James Warburton has made his return to out of home, investing in and becoming a non-executive director of retail OOH business Shopper Media Group.

The ex-outdoor boss exited APN Outdoor late last year after only 10 months in the role, following the company's acquisition by French rival JCDecaux for $1.2 billion.

An outspoken member of the OOH industry during his time with APN, Warburton says he is "thrilled" to become part of the Shopper Media business, admitting he had tried to buy the business twice in the past.

“Shopper Media Group is expanding rapidly and there are still significant transformational growth opportunities to be capitalised on. It’s the type of business and investment that I have been looking for and I’m excited by its potential

Shopper Media Group CEO Ben Walker says Warburton's decision to invest in the company and join its board will add "further levels of experience and expertise" to the business.

Working in multiple senior roles throughout his career, including Supercars, Network Ten, Seven and Universal McCann, he will provide strategic guidance in shaping and directing Shopper Media's recent growth.

“James Warburton is a talented and highly experienced media and marketing executive who brings deep industry understanding and experience in media environments and the development of digital platforms," Walker says.

Warburton has been making moves in the world of consultancy as well, working with private equity firms CVC Limited and Alceon Group.

Alceon Group is predominantly known in Australia for its heavy investments in retail groups including Noni B and SurfStitch, of which it is the largest shareholder.

He also revealed he was returning to the world of auto racing, taking on a board role with the Australian Racing Group.