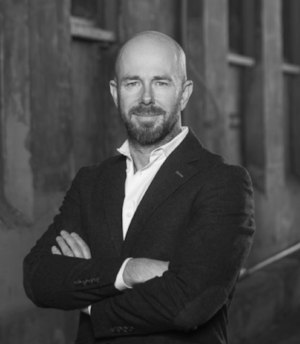 Hero has appointed James Greet to the new role of chief operating officer, on the back of 12 months of growth from a string of agency acquisitions and business wins including Toyota, Maybelline New York and eBay.

Greet has been working with Hero for the past six months in an advisory capacity.

“James has built his career operating at the intersection of creativity, comms strategy and technology, just like Hero,” Lilley says.

“His experience launching, growing and transforming wildly successful agency operations is precisely what we’ve been seeking to fuel our ambition to offer our clients of the very best integrated creative and technology business across Australia and New Zealand.”

With a background working across both creative and media agencies, Greet launched his career in in London with Lowe Howard-Spink and BBH.

His first regional leadership role was with Saatchi’s China before landing in Australia in 2002 as CEO at OMD for five years.

He was then appointed as a regional CEO of Mindshare across ANZ, Japan and Korea where he doubled the agency's size.

Greet says he has enjoyed working with Hero in an advisory role and now looks forward to joining the independent agency network in a full time role.

"Offering the agility and spirit of an award-winning independent network, integrated with the scale and intellectual capital of the world’s largest agency group, McCann.

"Hero delivers the best of both worlds: local smarts at global scale. I couldn’t be more excited to be part of the next stage of growth of this remarkable model, with creative, media, production, PR, data and technology all under the one roof.”

Lilley’s first acquisition was McCann Australia, which he purchased from IPG in 2020.

Greet’s appointment follows a string of major hires by Lilley over the past year, joining other high-profile talent like Pat Baron, Simon McCrudden and Zain Hoosen.

“We have further acquisitions underway to continue to build out our best-in-class HERO offering and James will now also be a key part of this acquisitive growth and integration,” Lilley said.

“Too many clients spend too much time juggling too many agencies. We’ve developed an operational and service model that provides a single point of contact for each client to our integrated group of best-in-class specialists, with a single job management and billing system that removes the layers of agency duplication and costs that can burden traditional agency rosters.

"This is something that is clearly already resonating with major clients and we expect to be able to make more announcements over the coming months."

Greet says Hero's model has kept creativity at its core.

“A lot of the hard work has already been done for me. Hero’s agencies operate under a single profit and loss across Australia and New Zealand, ensuring seamless collaboration without siloed decision-making or revenue tussles," Greet says.

"And the total business runs with a single management team, made up of the leaders from each business offering. Our cloud technology is critical to delivering this model and will continue to evolve.

“But this doesn’t represent a shift from a creative core. The Hero model has been built around integrating and boosting the effectiveness of creativity. Creativity is the ultimate competitive advantage and the most powerful driver of marketing effectiveness. And with Hero’s borderless creativity, national award-winning talent is available to every brand and client, no matter where they may be based."