It's time for publishers to stamp out anonymous trolling: the coward punches of public debate 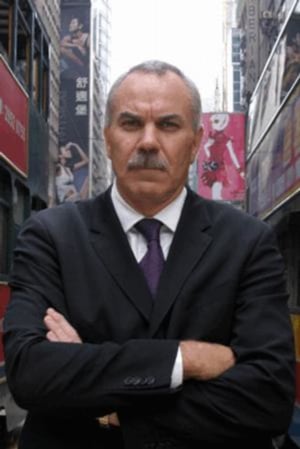 An Open Letter to our Industry by John "Steady" Steedman, executive director and interim CEO of WPP AUNZ

Anonymous trolling is not a new phenomenon. But this ugly side to online communications has reached a tipping point and we need to act.

These comments are the coward punches of public debate and the ability to comment anonymously simply acts as a shield for unacceptable behaviour. It simply has to stop.

During the past couple of years, I’ve seen a concerning decline in the quality of online comment sections in our industry media. People are being attacked for their sexuality or appearance, for their perceived ability or public statements.

Anonymous comments are a cheap laugh for the people behind these posts, and those who trawl through them, but it often causes real and lasting damage to those on the receiving end. People who are going about their daily business, striving to deliver results like the rest of us and share honestly held opinions on important topics of discussion.

This is another grubby example of the lack of respect in public discourse – a cancerous trend that now pervades politics, business, the media and the workplace.

Anonymous trolling in the industry media is now every bit as nasty as the cyberbullying of children on social media. And it often takes just one nasty comment for the bile to spew forth. Why do these people become so emblazoned and vitriolic in the comments sections of our trade media? Are they so lacking in self-worth that they get a small amount of joy from attacking others?

Don’t get me wrong, I’m always up for feedback and open debate of issues. This has always played an important role in finding better ways of doing things. But anonymous trolling is not the answer and it’s time we did something about it.

If somebody has something relevant to say about any issue, they should be required to log in. It’s a very simple but effective litmus test that means people are only able to post comments they’re prepared to see their name against. This would instantly put a stop to the worst of this behaviour and make all of us accountable for our opinions.

Freedom of speech is a core tenet of democratic society but let’s not pretend that’s what this is.

These anonymous comments are the coward punches of public debate. They’re cheap and nasty hits that cause great damage but add nothing of any value.

It’s time we pulled the plug on the freedom of consequence currently enjoyed by these cowardly trolls. We need to put a stop to this posting of anonymous bile that these people only feel brave enough to do because no one knows where they’re hiding.

At WPP AUNZ, I am reminding our people that openness and integrity are among our company values and we have updated our social media policy for all our employees to explicitly address commenting behaviour. I will continue to remind our employees that that cyberbullying won’t be tolerated.

Responsibility for stamping out anonymous trolling must fall on the publishing houses because we can’t rely on a small number of people to police their own behaviour. As readers and advertisers, we must hold the publishers to account and stop visiting or supporting sites that allow anonymous, clickbait commentary.

I’m asking all of our industry to put pressure on the media sites to ensure that everyone who posts must login in using their personal or work email address. I’m also calling on all reputable digital media outlets to take a stand and ban anonymous posting from their comment sections. I’ll be taking this to the industry associations and reinforcing our views with clients.

Between us we have the power to stop this despicable behaviour but actions speak louder than words. It’s time we stopped giving these anonymous trolls a platform for spreading their cowardly hatred.