Is the Stan factor behind Gallipoli drop? 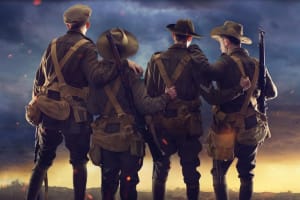 Both Stan and Nine are playing a dead bat to suggestions that 'The Stan factor' is behind a slip in ratings for last night's presentation of mini-series Gallipoli.

Last week the first two episodes of the show attracted an audience of 1.1 million and 804,000 overnight metro viewers, while last night's showing only attracted 580,000.

This means it's a drop of either 48% or 28%, depending on which episode you measure last night's screening against.

The drop came a week after subscription video on demand (SVOD) platform Stan, a joint venture between Nine and Fairfax Media, announced that the full run of Gallipoli would be available on the platform.

Currently, subscribers to the platform are in a trial phase, meaning they haven't paid a cent yet.

While Stan refuses to share stream numbers, it has repeatedly taken the line that SVOD platforms would not cannibalise linear TV numbers. Given one of the joint venture partners in Stan is Nine Entertainment, one would expect it takes that line of argument.

The drop week-on-week of audiences is either 440,000 or 224,000, and while it may be fanciful to suggest Stan has this level of streamers on its platform, it is not known how many potential linear TV watchers have decided to skip the show because it's all available on Stan.

It is also not known whether any compensation was paid to Nine from Stan as part of the content deal, and whether this would match the potential lost revenue.

In response to questions posed by AdNews, a Stan spokesperson declined to share how many people had streamed Gallipoli since it was added to the platform.

“The subscriber take up since launch has been well above expectations and that trend is continuing however we are unable to share any specific content viewing information,” they said.

"Given there is some overlap with MKR, we would expect slightly lower live results but higher than average playback which is what we’re seeing," a spokesperson said.

"True to drama’s propensity for playback, last Monday Gallipoli was the most play-backed show across all 3 commercial networks."

The first two episodes of Gallipoli have picked up viewers on playback, with episode one bulging out to 1.34 million.