Is the ad spend canary sick or is it just resting? 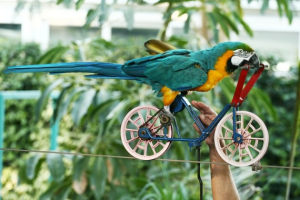 Advertising spend has long been considered something of a canary in the coal mine, an early indicator of strength or weakness in the general economy.

Agency spend, as measured by the Standard Media Index, is currently showing a significant decline.

A key question is whether this is the start of a trend or just a blip as Australia works through the confidence dampening effect of a national election preceded by a NSW state poll?

The media agency market in March reported its sixth consecutive month of lower demand with total bookings dropping 4.7% to $583.6 million from last year’s record high. It was the hardest March quarter fall in a decade.

And the prospects for April aren't much better, with the extended Easter and ANZAC Day break expected to drag the numbers lower.

Many point to the run of elections, both state and federal, as the reason confidence has dipped, and brands generally go quiet, not wanting to compete with election ad spend for top of mind.

The only bright point in the SMI numbers is out of home. Outdoor bookings in March were up 2.4% year-on-year.

But even Ooh!Media management was cautious when it announced results in February, saying out of home doesn't necessarily benefit during an election. The company is banking on better revenue growth in the second half.

"For the sixth month in a row we are seeing year-on-year declines, something we haven’t seen for a long time. It’s generally accepted that media spend is a leading indicator of the broader economy," he says.

"These numbers combined with all other economic forecasting data suggests we’re in for a rough ride."

The lead up to a national election usually sees a dip in ad spend but this year has been a double whammy with a NSW election as well.

"There are a lot of people hoping the market will pick up after the federal election, but I’m not that sure," Willee says.

"There’s a theory going around that consumer confidence is closely linked to the big three: house prices; electricity prices; and petrol prices. The first two are not looking good. Given Australia’s economic climate is driven by the rest of the world, we’ll have to wait and see.

"We’ll have a much better read on the rest of the year the month after the election, but I reckon we need to hold onto our hats and be considered in our approach."

Pia Coyle, Ikon’s national head of investment, says elections affect client spending as they seek to avoid the busy periods.
However, elections are not the only thing driving a fall in spending.

"Consumer and business confidence is declining in the face of political uncertainty and lack of confidence in current leaders in this election, which is affecting clients’ marketing budgets," says Coyle.

"We will see a bolstering of spend post-federal election, but the market will not bounce back fully. Whilst Aussies are crying out for leaders to drive economic growth, it won’t be enough in the short term to turn around the market. Expect to see a decline in ad spend year-on-year.”

John O’Mahony, a partner at Deloitte Access Economics, says measurement in advertising, both on the spend side and the effectiveness side, has become harder in the last two years.

"We are seeing an advertising and broader marketing transformation go on, with dollars shifting between different modes of advertising delivery, which have different underlying cost bases. And that makes it difficult to really track things over time, because the sector is changing as fast as we are trying to measure it," he says.

"The other change beyond advertising itself is what's happening in marketing. We see more activity in-house, inside large organisations, or a shift towards more PR campaigns or dedicated staff, and away from traditional paid advertising. That can make it difficult to interpret figures.

"Some sectors, particularly outdoor is one that I'd call out as being one that's done quite a good job of remaining relevant in the new media age, even though it's probably historically been seen as being old media."

"In an election year where you have a NSW election and a federal government election, there's going be a lot of spending on advertising that comes through those campaigns," says O’Mahony.

"One thing we do know is that advertising can be seen as a discretionary activity from firms. And for that reason, advertising spend can be a precursor to a broader business downturn. Sometimes businesses, if they're seeing a drop off in activity, cut back on advertising. So, it's very important to watch the sector, because it can be strongly related to what's happening across the economy."

This happened during the global financial crisis in 2009 with advertising spend cut when economic activity was slower.

"Businesses do that because they see it as something that is a discretionary item. I'd say, as someone who's looked at these figures at both the business and economic level is, that's a mistake because for individual business advertising is very important for driving revenue and growth.

The research by Deloitte Access Economics has tried to quantify what the broader benefit is of advertising.

"What we found was advertising really helps consumers choose between different products and services that they want," he says.

"That drives competition in the market, and competition is a very important fuel for innovation and productivity. And if there's any lessening of advertising in the economy, and if that flows through to weaker competitive pressure, that can lead to lower growth in the economy.