Is News Corp banking more than $100 million in content deals? 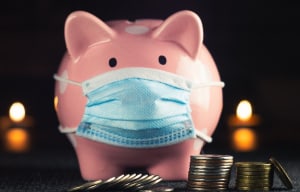 News Corp, still keeping to itself about the exact dollar value of its content sales to Google and Facebook, has finally given an indication of the size of the deals.

“The intrinsic value of our content has been amplified through landmark news payment agreements with major tech platforms,” Thomson told the briefing.

“These deals, which are confidential, will add revenue annually into nine figures and are a profoundly positive sign of the ongoing transformation of the news landscape.”

Analysts immediately picked this up, telling clients the benefit to News Corp is $US100 million plus.

The full year results were upbeat, showing the upside from a switch to digital. News Corp revenue lifted 30% to $US2.49 billion in the June quarter, pushing 2021 full year revenue up 4% to $US9.36 billion.

News Corp back in February revealed a three-year deal with Google for “significant payments” to provide premium news from some of the world’s best known premium titles.

Commercial terms were not revealed but the agreement was the result of a long campaign by News Corp founder Rupert Murdoch and his son and co-chair Lachlan and News Corp CEO Robert Thomson.

The agreements from the global digital platforms came as the Australian government legislated to ensure premium publishers were paid for the use of their premium content.

The same for Facebook whose Australian deal was announced in March.

Macquarie analysts, in a note to clients, said the impact from the Google/Facebook deals for the June quarter was “immaterial” and that the full benefit would come from July.

The bulk of the revenue will be booked to Dow Jones and to the company’s news media unit, containing the newspapers.

Macquarie has now included another $US$65 million a year of Google/Facebook media cash flows to its estimates for News Corp.

News Corp’s Thomson: “The past year has seen the revaluing of our content through landmark news payment agreements with the major tech platforms.

“These deals, the financial terms of which are confidential, will add significant revenue annually, clearly into nine figures and are a profoundly important part of the ongoing transformation of the content landscape.

“We are also watching the evolution of the digital ad market, which historically has lacked transparency, the active interest of regulators around the world should reduce the opacity and provide higher yields for publishers.@

Susan Panuccio, News Corp’s CFO, says the full benefit of those deals will come through into the financial year 2022.

“We haven't actually given any guidance on the allocation,” she says. But there will be updates throughout the year.