Instagram Reels is shaping up as a TikTok rival, and experts think it could just pull it off 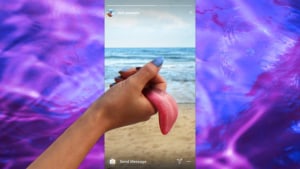 Instagram’s attempt to take on TikTok is to launch in Australia over the coming weeks and experts think the platform’s hold on older audiences, as well as a looming TikTok ban, could help the image-based app succeed.

Known as Reels, the new feature allows users to share short, 15-second videos set to audio, such as music. The format mimics TikTok videos, although the video-sharing app allows for longer clips, leading many in the industry to label Reels as a direct challenger to TikTok which has surged in popularity in recent months.

Instagram hasn’t confirmed the launch locally, but has confirmed that it is launching in the US this month, with industry insiders saying Australia will be one of the other countries included in the roll out to follow.

Born Bred founder Clare Winterbourn says Reels could help Instagram create a more relaxed vibe, something TikTok has been lauded for, and help the Facebook-owned app steer away from airbrushed content it’s been criticised for.

“Instagram Reels will be a serious competitor to TikTok and will give everyday social media users and influencers a new opportunity to create and share entertainment-based content,” Winterbourn tells AdNews.

“While some creators were able to grow a large following very quickly on TikTok and have seen success on TikTok, it's been hit and miss for many influencers and creators who aren't getting traction and are looking for an alternative, and Reels will fill that gap.”

However, others are less optimistic about Reels’ chances to compete with TikTok, which has 58 millions users in the US, according to eMarketer.

“While Reels has a lot of common functionality with TikTok, I can’t see it being a serious competitor. Certainly not at the moment,” Vamp co-founder Aaron Brooks tells AdNews.

“TikTok has a very loyal, very dedicated user base and they’re not easily swayed, as Facebook found when Lasso failed to set the world alight. TikTok became popular because it offered a point of difference, both in its functionality and in its aesthetic. Instead of the picture perfect social media we were used to, it was about fun and challenges. It offered something new and built a whole ecosystem around that. It continues to serve that corner of the market well.

“Right now, it’s hard for new platforms to make an impact as the ‘social media tree’ covers all the bases. But it would be unwise to write it off too quickly, or mention Facebook’s Lasso failure without acknowledging how many Snap users converted to Instagram Stories.”

One strength Instagram does have is its millions-strong user base which is skewed to older people who might not have taken up TikTok but still enjoy its videos which are ubiquitous across social media platforms.

“It [Reels] will find its success in the older demographics who are still active on Instagram and found it difficult to navigate, or have completely resisted TikTok,” Winterbourn says.

“Older social media users, 25-34, 35-44 etc, already know how to use Instagram, and it's already part of their daily content consumption, so Reels has a ready-made audience and cohort of consumers and users, which brands can tap into immediately.”

Instagram has been reaching out to agencies and creators in Australia to educate them on Reels, but there are no reports that it’s been offering money for TikTok creators to use the new tool, as reported in the US.

Another factor that could help Reels is timing. The launch of Reels comes as TikTok’s future looks uncertain with owner ByteDance looking to sell the app to Microsoft to avoid a ban in the US, having already been banned in India. Additionally, it’s facing increased scrutiny in Australia at a senate hearing later this month over foreign interference concerns.

“With the uncertainty that surrounds TikTok and brand safety concerns, Reels will be an incredible alternative for brands and will give them another opportunity to connect with existing Instagram communities in a new and engaging format,” Winterbourn says.

“Brands should be looking to Instagram Reels for their own organic content, and also for their influencer marketing campaigns.”

Brooks says if TikTok is banned, it will mean users could easily switch to Instagram to continue sharing video content through Reels. He adds brand opportunity could also help Reels take off.

“While TikTok has been slow to give brands shoppable options, Instagram has forged the way with features that make it a marketer's best friend,” Brooks says.

“They’ll likely prioritise the same brand functionality with Reels, but whether they get a big enough audience to make it worth their while remains to be seen.”