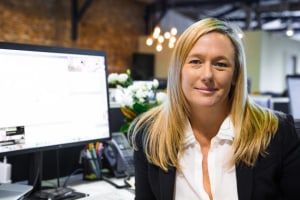 Influencers have welcomed Instagram’s move to trial hiding the number of Likes a post garners, with experts predicting it will only improve the social media landscape.

Last week at the Facebook, owner of Instagram, annual F8 conference, the photo-sharing platform confirmed it was testing the feature in a controlled group in Canada.

Now, Australian social media experts say it’s a step in the right direction from the tech giant, and will likely be rolled out across the globe including in Australia.

We Are Socal managing director Suzie Shaw and Vamp co-founder Aaron Brooks agree that it will not only improve the wellbeing of users who feel pressured to create posts that attract Likes, but also benefit influencers.

“It will create an environment where self-expression, human connections and genuine engagement are more important than the ephemeral reward that likes can bring - especially knowing that a portion of those likes may be generated by a bot,” Shaw says.

She advised Australian brands and creators to prepare for the feature, noting that Instagram Stories, which only allows the creator to see who has viewed and engaged it, is already hugely popular. Facebook recently revealed Stories across Instagram, Whatsapp and Facebook and Messenger, each attract 500 million daily users.

Brooks also says the popularity of Stories suggests scrapping the number of Likes from the entire Instagram landscape is a smart move.

“When we watch other user’s Stories, we don’t know how many others have seen them or direct messaged about them. We just enjoy them for what they are,” Brooks says.

The idea that influencers are as valuable to brands as the number of likes they attract doesn’t hold true anymore - note an egg currently holds the title of the most liked image on Instagram - and Brooke says making Likes private won’t impact how Vamp is able to report back on the ROI of influencer marketing.

Shaw added making likes private could actually make influencers more authentic, and therefore more appealing to brands, and that there are other metrics to assess the relevance of influencers.

“Likes and engagement in general is one metric for assessing the quality and relevance of content (by brands and influencers), but it’s not the only metric,” Shaw says.

“A positive qualitative assessment of their engagement, the sentiment in their comments, the authenticity of their content and their reach, are all important indicators that should be taken into consideration when selecting influencers to partner with.”

User wellbeing
Brooks highlights the move is also important because it protects the mental wellbeing of users.

Last year, the Pew Research Centre published a study showing 37% of US teens feel pressured to post content that will attract a lot of likes.

Influencers themselves are not immune to the impact social media has on their confidence or mental health, with influencers such as Ben Payton applauding the move, saying “watching numbers is unhealthy.”

"The idea that influencers are nothing without likes hugely underestimates the power of influencer marketing," Brooks says.

"The impact they can have on consumers purchasing decisions is driven by the quality of their inspiring content and the deep connection they have with their followers.”

According to research by Rakuten Marketing, influencer budgets are surging above $700,00 per year in Australia. A Rakuten  survey of more than 100 marketers in a variety of industries, including retail, fashion, beauty, travel, electronics and hospitality,  found an average of 38% of total marketing budgets will be allocated to influencer programs this year.