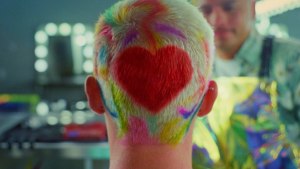 ‘Get into What You ❤’ is one of the social media platform’s biggest investment globally this year, showing across TV, cinema, out of home, digital and on Instagram.

The campaign was developed in-house in partnership with Facebook's, Instagram’s parent company, creative agency Wieden+Kennedy. Mindshare handled the media buying for the campaign.

The push was led by Instagram’s head of marketing for the Asia Pacific, Noelle Kim, who says the work touches on a broad range of Australian interests, such as AFL and beauty.

“Australia is an important market for Instagram, and we wanted to launch one of the first Instagram campaigns here to highlight our rapidly growing local community,” Kim says.

“This is one of the biggest investments we’re making anywhere in the world, and we want this campaign to showcase what is so special about our community in Australia, and highlight the value Instagram brings in connecting people with the things they love everyday.”

The campaign features Australian rapper Tkay Maizda and pushes the line “it’s not about getting likes, it’s about liking what you love”. The key line extends on Instagram’s push to remove the pressures associated with focusing on likes, initiated by its move to bin the likes count in July.

“The campaign feels distinctly like Instagram—the films jump off the screen like a music video, and are all voiced by the incredible Aussie rapper Tkay Maidza,” Kim says.

“The creative is bold and vibrant, and it mirrors the way moments are captured and shared on Instagram.”

The push comes after it was revealed Facebook would be almost doubling its ad spend around the world to repair its image following multiple controversies around privacy and data breaches.

In Australia, the tech giant, as well as Google, has been at the centre of the Australian Competition and Consumer Commission’s Digital Platform Inquiry.

Social media app Snapchat also recently rolled out its global campaign in Australia to attract users. The push included out of home displays and wraps around trams and buses.