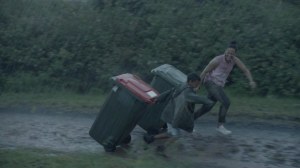 This first appeared in the AdNews July magazine. Subscribe here to get your copy.

At a time when banking is suffering one of its worst crises in recent history, Westpac and DDB Sydney have created a heart-felt and powerful campaign to cut through the conversation of the Royal Commission into Financial Services. There is no doubt that the banking and financial sectors have been dealt countless blows over the recent months.

With trust in the banking industry at a serious low point, the role of rebuilding this valuable commodity often falls on the marketing and advertising function of a business.

The first Deloitte Trust Index: Banking found 21% of customers didn’t think banks had their best interests at heart, while just 20% believed banks in general were ethical. This is a challenge.

While Westpac acknowledges the challenges that come with the short-term impact, Jenny Melhuish, the bank’s head of brand, advertising and media said it was important not to lose sight of long-term strategies.

As a result, the institution’s first work following the findings of the Royal Commission into Financial Services does more than just address the immediate, looking deeper into where Australians struggle with financial complexities.

‘If you’re separating, we’re here to help’ is a 90-second ad that plays out the day-to-day life of a young child, his mother and father, as the family goes through the process of separation.

“Speaking to people about separating from a partner, which can be such a sensitive issue, was always going to be incredibly challenging,” Melhuish says.

“We knew we had to do justice to the moment. But, this also had to be about more than a great piece of creative – it was not just an initiative within marketing to make great advertising, but a business-wide review of our product and customer experience.”

Melhuish says the business-wide review also included a series of research that found 49% of people put off looking into financial matters when they are separating.

Since the launch of the ad, the bank has seen a 41% uplift in people saying they were more likely to consider Westpac.

There has also been a 42% increase in call volumes to Westpac’s priority assist team and of those calls, 22% were as a result of a separation or divorce.

“We have also had feedback from one of Australia’s largest family law practices that their clients are referring to our online resources – saying how useful our Separation Checklist is for navigating the day-to-day details of separating from a partner,” Melhuish says.

“In addition to the above, since the campaign launched, there have been over 55,000 visitors to the Life Moments Separation webpage, where we house all the resources for people navigating separation from a partner.”

Westpac’s Separation Checklist, Assets Calculator and Separation Support Guide have also been the most downloaded tools for the bank.

DDB Sydney Head of Art Noah Regan says when it came to crafting the creative, research and focus groups were a “huge help” in getting the details right.

He says a wide variety of segments were tested, allowing the agency to get a clear sense of what moments, story and character details were missing the mark.

“The emotion can make the financial aspects even harder to deal with.

“In many moments like this, people don’t approach the bank with a specific product in mind, they come expecting a result.

“One of the trickiest balancing acts was coming up with a scenario that didn’t cast any character in a negative light. We felt it was vitally important that the brand be a neutral observer within this story because separation has an impact on everyone involved.”

Despite the response from consumers, sentiment was split on the ad, with many praising the work for its heartfelt message, while other criticising it for using a sensitive issue to attract customers.

While some, mainly in adland, commented negatively on the ad, Regan says it has been one of  his “favourite pieces” he has worked on throughout his career.

He says there is always going to be some level of backlash that comes with the category.

“There’s a strong expectation within the advertising industry of bank ads speaking in a certain way and pushing the usual products. We’re genuinely trying to look and sound different and that can catch people a little off-guard,” Regan says.

“Banking ads don’t often receive this sort of commentary, certainly not the positive type at least. I’ve always felt if your work isn’t getting people talking and reacting, then you’re not doing your job, so we were stoked with the result.”

Westpac has since launched the next chapter of its Help campaign, this time focusing on small business owners across Australia.