By AdNews in partnership with NGEN | 7 December 2018 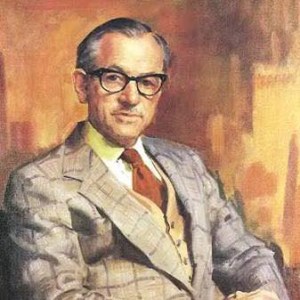 Satirical Facebook profile Roy Morgan took the industry by storm last year when he began his love affair with Emma. While the relationship didn't last, Roy Morgan's page has skyrocketed to 5000 followers and his Betoota Advocate-style approach is celebrated across the industry.

In partnership with NGEN, AdNews sat down with the infamous Roy Morgan to discuss beer, the Bachie and the possibility of him replacing Simon Ryan at Dentsu.

What made you become THE Roy Morgan?

Why won’t you reveal your identity?

Because it doesn’t matter who I am. What matters is what Roy Morgan stands for. The idea was to be a symbol. Roy Morgan could be anybody, that was the point. To be the hero the industry doesn’t deserve but needs right now. I think it’s just funnier not knowing who it is, and ideally I will pass along the mantle to someone else when I move along (who knows if I haven’t already).

You’ve become infamous for your memeification of the industry. Where do you get your inspiration?

Um the industry? I think we tend to take ourselves a bit too seriously, and there is just so much hot air in the industry it kinda becomes hard to miss. I also have a lot of Roy fans who like to tell me things they’ve heard or seen.

What’s your thoughts on Emma?

New phone who dis? I think most people know that we had a bitter break up and she took my kid away from me, little Neil my son. Look, we have the better single source data solution, but there is enough room in the playground for both of us. What does always reignite our passion is our shared dislike of Ebiquity.

Well it just depends on what you are into I guess, it’s either pizza and beer at your office after hours, or turning down arinchini balls because you’ve had to many oysters at Opera Bar after a lunch at Rockpool.

WPP’s in a bad place at the moment. Have any tips for CEO Mark Read?

Yea easy, there isn’t anything a ping pong table, couple of bean bags and a beer fridge can’t solve.

Simon Ryan recently left Dentsu. Who do you think should replace him?

I see the Carsales blank cheque book has claimed another victim. To replace him I think we should tap James Cameron? He seems to be the only person to make a success of a sinking ship. No I kid, I’m sorry Dentsu, you know I love you. I don’t know, maybe me?

People are crazy about consultancies moving into adland. What’s your views?

Look it’s a bit of a tornado in a tinnie to be honest. There is one thing I know about consultancies is that the thing they hate the most is actually being accountable to the work they produce. Without us agencies, who is the client going to kick when their 465 page agile work document doesn’t deliver the results they promised the client?

Channel Ten’s gone through some changes. What’s your thoughts?

Well look to be honest, the buggers chose the bloody Honey Badger over me for Bachelor, and the bloke didn’t even do the one job he was hired for. What a let down. So ever since that stab in the back, I am not keen on Ten. A new logo can’t mend this broken heart. And to be honest they lost me when The Simpsons stopped being on at 6pm every night.

So has MCN. Will it survive?

I think so, it definitely has the right model in place to compete with the on demand services like Netflix and Stan. The battle just comes down to content. If someone has $15 or $30 a month to spend on services, why are they going to choose Foxtel over Netflix or even Spotify for that matter. People can’t really justify all of them, and with their top tier programs like Game of Thrones and Walking Dead wrapping up, what exclusive content do they have to steal my share of wallet?

Well you are talking to an AI right now…

But seriously, I don’t think AI will take over completely, maybe if they can learn to drink Rose they could take over the industry? There will always be a need for the human touch, it’s the gut instinct that I don’t think you can program.

Also, I don’t think AI would even want this job, if they are smarter than us, why would they want it? The beautiful thing about this industry is that we work hard and bend over backwards for clients but at the end of the day we come together and support each other, so I don’t know. Can AI catch up for some Melbourne Bitters at the Sheaf to blow off steam? I reckon they would get over it pretty quickly and be like that AI security robot that jumped into a fountain to escape the mundane.

What trends do you think agencies will obsess over next year?

Definitely the Roy Morgan clothing line I am going to drop in 2019, watch this space.

Well in the last couple of years we have gone through the rise of native, the wave of wearables, the power of VR and Chatbots and I just think it’s funny that marketers are so excited to force our ads literally into consumers faces or onto their bodies, because you know that is going to be good consumer experience. We really should stop trying to trick people into seeing our ads, but if that is what it takes for a trend to start than I am 100% supportive of human billboards. Let’s just get people in morph suits screaming taglines at people on trains?

Who do you think would win in a fight between UM and Mindshare?

What gets your heart racing more, a spicy insight or a frosty can of Melbourne Bitters?

As much as I love an icy cold red can, I will never forget that first piece of single source data I ran and the juicy insights that Asteroid gave me. You just can’t compete with the satisfaction of a clean and sexy Roy Morgan run.

What’s next for Roy Morgan?

Well I want to drop my clothing line in 2019, maybe get some Roy Morgan tinnie holders for Melbourne Bitter fans? I have actually hit a bit of a ceiling with the page. Did you know that you can only have 5,000 friends on Facebook? So now I think I am going to have to expand my horizons, otherwise the page is going to become a terrible nightclub – one out and one in.

AdNews spoke to Roy Morgan as part of its podcast partnership with NGEN. If you haven't yet listened to the NGEN podcast, check out the episodes below or on iTunes on burn out, mental health and more: