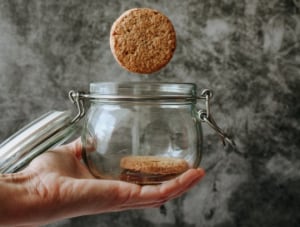 The advertising industry has thrown its support behind Google Chrome’s recent announcement that it would phase out third-party cookies over the next two years.

Members of the industry have welcomed the decision, saying it will ultimately enhance user privacy and create a better online experience.

“While the adtech community has discussed the demise of the third-party cookies for some time, there is now a defined timeline,” Index Exchange regional managing director APAC Adele Wieser told AdNews.

“All market participants of the programmatic advertising ecosystem must evolve to keep user privacy as our highest priority while also creating a more efficient advertising marketplace.”

Over at GroupM, chief technology and transformation officer Cameron King says the long lead time will give the industry time to assess and mitigate potential impacts across planning, ad targeting, analytics, and attribution.

“We’ll be working with our global network on supporting our clients through this change, through collaboration with the industry and Google,” King said in a statement.

For most in the industry, the news comes as little surprise.

Google Chrome is the last of the major browsers to bin cookies, following suit from Safari and Firefox.

“Google’s announcement should not surprise anyone, and the industry has been preparing for the shift to a new model for well over a year,” Rubicon Project ANZ country manager Rohan Creasey says.

“Every major publisher has been working on a combination of publisher first-party data, signed on users, and standardised universal IDs.”

Advertisers will use each API to receive aggregated data about things like conversion and attribution.

“We plan to actively participate in developing and testing the API in addition to supporting a universal identifier and publisher logged in user strategies.”

Despite Google’s new API tool, the tech giant has been late to the bandwagon with others in the adtech industry jumping on board sooner to build new solutions.

LiveRamp has been preparing for a “cookieless” future, launching its Authenticated Traffic Solution (ATS) in May last year.

“LiveRamp has championed the movement towards an open and scaled identity solution and has worked over the past few years to build the infrastructure for the ecosystem to move away from third-party cookies,” Clinger says.

“This solution [ATS] enables marketers to buy inventory in a privacy-first manner, without the need for third-party cookies.”

Speaking to AdNews last year, Clinger had already noted the cookie was losing its relevance as browsers continued to cease its use and other growing formats such connected TV (CTV) and the internet of things (IoT), not using them at all.

Named Identity Hub, the adtech company says it is an extension of Prebid’s open-source User ID module and will make it easier for publishers to monetise programmatically and ensure buyers can recognise and bid on their desired audiences as third-party cookies become more restricted.

“We think there is an opportunity to move the open internet to leverage identities backed by user data while staying privacy compliant and this will help level the playing field with the walled gardens, to some extent,” PubMatic ANZ regional director Peter Barry says.

Like Creasey, Barry didn’t find Google’s announcement shocking but for those who haven’t been prepared, he expects they’ll have “a few sleepless nights”.

“Google’s announcement that they will be phasing out third-party cookies from Chrome in the next two years puts identity firmly front and centre on the adtech agenda,” Barry says.

“A big upside to this move is it should lead to a lot more collaboration across all players in the ecosystem over the next two years.”

So, why say goodbye now?

Cookies have been around since the dawn of the internet.

Dubbed “archaic” by many across the industry, they were first created by internet pioneer Lou Montulli in 1994.

The last 26 years have seen the internet transform rapidly but this tracking technology still continues to be used.

“The cookie has never been a perfect tool for powering the adtech world - cookies are particularly bad in a world of cross-device shopping - but it's what was available and so folks used it.”

Furness believes the future without third-party cookies will lead to better transparency and attribution for the industry, as well as better privacy control for consumers.

Likewise, IAB Australia CEO Gai Le Roy is hopeful for what this means for the industry.

“After a period of adjustment, I think there will be many positives,” Le Roy says.

“These will include an increased focus on context, the development of more sophisticated cross media measurement and ad effectiveness models; and the alignment of consumer privacy front and centre.

“I think there will be some consumer relief from what has probably become an over-active retargeting industry.”

However, unlike Furness, she is weary that the limited data available for marketers could lead to a return of the last-click attribution model.

GumGum sales director Grant Bingham agrees with Le Roy, saying it’s an impact that isn’t being spoken about as much.

“That’s something that will impact the industry in subtle ways -- more waste, for example -- and that users will notice when they’re seeing the same ad over and over again,” Bingham says.

“Then attribution is going to be nearly impossible across multiple touch points, so digital advertisers are going to have to get used to operating in the dark again and look for other ways to validate ad performance, just like broadcast, out-of-home and print advertisers have all this time.”

How will the brands and publishers cope?

When it comes to brands, Le Roy says it is likely to be the mid-sized companies who will feel the third-party cookie’s demise the most.

“Overall, I think large advertisers will be able to adjust and continue to develop marketing effectiveness models that can assess their spend across channels and smaller performance-based companies will continue to be able to track immediate sales,” she says.

For publishers, she says it’s time to invest in “getting their house in order” if they haven’t done so already.

“It will be critical that publishers have a persistent single-user ID with a consumers’ data-privacy preferences affixed and a good consumer experience in terms of controls and tool,” Le Roy says.

“The ability for publishers to synchronise these single-user ID’s across all their own products - and eventually with others - will enable more quality and consensual inventory to be made available to buyers.

“Their users will also have a consistent personalised experience as they won’t have to continuously reaffirm data privacy settings when logged-in and across various devices.”

Ogilvy Australia head of experience technology Jason Davey says the removal of third-party cookies will mean publishers need to switch up their models and look at other ways to monetise content to survive.

“If there is less targeted advertising revenue opportunity for online publishers it may drive the switch to ‘pay per view’ content models, often referred to as ‘walled gardens’,” Davey says.

“Progressive publishers will find ways to commercialise their website visitors in other ways using their first-party data together with smart algorithms for predicting behaviours and interests, and offering this to advertisers. This may include more advertiser-sponsored content formats.”

The adtech industry has been heavily involved in discussions around cookies for some time and many have been willing to throw in their two cents for what it means and where things are headed.

While it can be said most in adtech support Google Chrome’s announcement, the news is even better for those working in creative agencies.

Tribal Australia head of strategy Caitlin Lloyd says the announcement is positive news for those in adland who work on the side of brand building.

“This is great news for agencies who have been struggling to convince clients to move away from short-term marketing tactics, like retargeting, and reinvest into longer-term, brand building activity,” Lloyd says.

“I’m predicting a shift whereby digital marketing becomes focused on targeting consumers much earlier in the customer journey when brands have an opportunity to change behaviour rather than just accelerate it.”

She also labelled the news as a “huge win” for consumers who are tired of products they have already bought following them around the internet.

Similarly, Jason Davey says Ogilvy Australia is hopeful that marketers will begin to see value again in creative agencies and the work they do.

“Advertising effectiveness will depend on great cut-through creative that gets attention, rather than relying on hyper-targeting from third-party data,” Davey says.

“This is great news for agencies like Ogilvy, as we are all about creating great brands and have done so for over 50 years in Australia.

“Brands will need to consider the entire connected journey of customers, and use technology to help them contextualise and personalise their messaging at scale.”

His prediction? Brands will move deeper into content marketing as a “magnet” to attract and retain audiences.

As third-party cookies crumble to the end, many in the industry have begun to move on to other alternatives.

For Furness at Impact - and evidently for Google - it's APIs that are the “future of online tracking”.

“At Impact, we've been beating the server-to-server drum for a while now, since that's the only way to be sure that browser updates can't affect tracking,” Furness says.

“We believe server-to-server tracking (APIs) are the future of online tracking, and not just because they provide a way to circumvent browser policies.

“When an advertiser can communicate directly with a tech platform without relying on a browser as an intermediary, it means better attribution and less unnecessary user tracking.”

Contextual targeting is also high on the agenda for many.

It offers relevant advertising to the context in which it has been placed and without the “creepiness” that has been associated with hyper-personalised cookie tracking.

A spokesperson at DoubleVerify explained contextual targeting as a “return” to more traditional advertising but with a modern twist.

“It incorporates new technologies like artificial intelligence and semantic science to ensure ads run on the right website and the right page, targeting the right audience,” the spokesperson told AdNews.

“In a way, it’s very similar to brand safety targeting.”

For Bingham, Lloyd and many others in the industry, this is the future.

“Contextual technologies are so good now that you can reach really specific audiences on context alone,” Bingham says.

“But I’d also expect that people are going to develop a new cookie alternative––a  first-party identity that can be shared with third parties.”