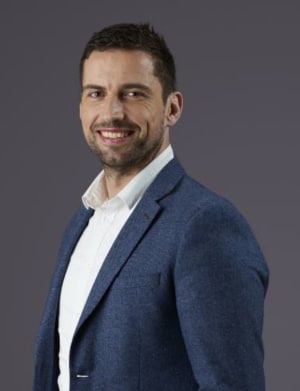 Just over a year.

We help publishers to realise the full potential of their digital assets.

I work largely across all parts of the business, including both the publishers and buyers we work with, as well as support my amazing team across Australia and New Zealand.

There are quite a few, but if I had to pick out three they would be (in no particular order): The increased uptake of our wrapper solution and the great monetisation that publishers are seeing as a result, the launch of our comprehensive revenue management platform, SEVEN; and the record revenue we saw as a business in 2016, which we announced just last month. That last one is particularly satisfying as it means our publishers are also seeing increased success, which is our top priority.

The learning curve is practically vertical, which is fantastic. I also have the opportunity to meet really “switched on” people and travel to great places. Beats being tied to a desk.

Ad2one in Australia and in Ireland. Prior to that I spent six years in print, preceded by four years in radio.

Still in ad tech in either Australia or Southeast Asia.

The Facebook-Google duopoly and its global impact on the digital media industry. The fact that content distributors are getting the lion’s share of revenue for content created and published by someone else is an imbalance that needs to be addressed.

I once managed to knock myself unconscious playing rugby. To make it even worse, the match was recorded…

Don’t try to sell to someone as soon as they accept your invite on LinkedIn. Oh, and put your phone in your pocket during face-to-face meetings – listening is a rare and much appreciated skill.

Sake in the Rocks – tasty and quiet enough to have a proper conversation.

An ad that really made me want to buy a product was this an Adidas Originals one from 2009 – it oozes cool, has an amazing soundtrack and features an epic house party. What’s not to love?

At the moment it’s my new GoPro – snowboarding magic.

The first season of True Detective blew my mind.

Losing the Signal: The Untold Story Behind the Extraordinary Rise and Spectacular Fall of BlackBerry, by Jacquie McNish and Sean Silcoff. It demonstrates why you should never rest on your laurels.

“We can complain because rose bushes have thorns, or rejoice because thorn bushes have roses.”

I got into publishing because:

Ireland didn’t have a space agency and NASA weren’t interested.

Five years older, but none the wiser.

Guinness when in Ireland, a decent beer everywhere else.