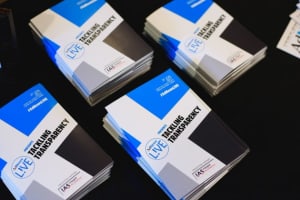 Speakers from across the publishing, client and agency spheres pre-submitted what they considered to be 10 workable solutions, which were then debated on the day and opened up to the wider industry for voting.

AdNews received 100 responses from the industry, most notably backing the following solutions:
1. The industry to set ‘transparency benchmarks’
2. Media owners to align with agencies on digital media currency definitions
3. Trading on one definition of viewability, and one industry-wide viewability currency

In a survey of 100, 90% of respondents called for the industry to set ‘transparency benchmarks’. That is, a manifesto, or guidance brands can follow to ensure that their agency and publisher dealings live up to benchmarks drafted by an independent organisation.

A manifesto of benchmarks could, by way of example, contain the following: Programmatic – if a media buyer is also a seller of media inventory, it must declare its margins; Discounts – all discounts or free media inventories are passed on to clients; Media holds – unclaimed media owner invoices are declared to clients; Staff employment agreements to have transparency/gift clauses.

Slingshot Media CEO Simon Rutherford, who took part in the agency-client relationship debate, has long called for the widespread adoption of such benchmarks and rallied for a coalition of industry bodies (including the AANA and ADMA) to pull together to launch it. Each panellist on last week’s debate also voted to yes, leading it to be the stand-out solution of the event.

Taking second place on the list was a solution that sits firmly in the digital advertising camp, or the ‘murky digital waters’ as they have become known to some.

The second most-favoured solution calls for the industry to trade on one definition of viewability, and one industry-wide viewability currency. In the survey, 87% said yes, backing the idea while just 13% said no.

Speakers at last week’s debate were unable to reach consensus on this, with all parties bringing concerns to the table about how it will be devised, and how one viewability definition could be applied to such a broad inventory.

Jonas Jaanimagi, the chair of the digital debate, who also works as a senior adtech consultant to the IAB noted that a viewability taskforce has been launched by the trade body, which backs the Media Ratings Council viewability standard. It is seen by some, including NAB CMO Andrew Knott as not going far enough and sits at odds with the definitions GroupM introduced globally last year. While there is support for a definition – exactly what that definition should be remains a sticking point.

The third most-favoured solution demands that media owners to align with agencies on digital media currency definitions, and agree to third-party billable events based on them.

In practice, this means that the industry needs to agree upon simple marketing metrics that make sense to everyone and allow for an independent auditing process, against which any buyers of any digital advertising can purchase with genuine confidence. In the survey 82% voted in favour, while 18% said no.

Panellist on the day were unanimous in backing this solution, but again the tricky thing is aligning on what that definition should be.

Integral Ad Science’s local managing director, James Diamond, was particularly vocal about the inclusion of this solution on the day and stated, “I think then we need to work together, work together with the MRC to create new definitions. Not come up with separate definitions which make it very difficult to trade on viewability.”

Facebook regional product marketing manager Tim Egan shed light on the subject, given his company’s known stance on the subject across the industry: “I absolutely agree with the intention and with the broad idea, absolutely.”

He continued, “One of the places where it does become challenging is using the same definition across very, very different placements like desktop, going into a mobile, into a feed environment. Can you actually say that using exactly the same definition is actually taking into account consumer behaviour and the way that people are consuming media in those different platforms?”

Despite both Egan and Diamond revealing the hindrances faced by the delivery of this to the solution to the market, there remains, as evidenced by our survey, an overwhelming backing for it. Telling also was the fact that every panellist on the digital advertising panel voted in favour of it too.

Three further solutions from the 10 nominated, received positive support from almost three-quarters of those taking the survey.

A scorecard for media owners, based on ad clutter, viewability, ad fraud, content and time spent - publishers/media owners to be rated according to their digital offering based on the benchmarks listed above.

The least supported, but by no means written-off, solutions included: blockchain technology for digital advertising (60% yes, 40% no); outlawing agency incentives in the shape of self or government-led regulation – 58% yes, 42% no), and the creation of an industry-wide master media contract as a baseline that would be updated annually, much like the template developed by the AANA. Surprisingly, 54% said yes to this, while 46 per cent said no, which mirrored the results from the debate on the day itself.

Perhaps unsurprisingly, the least favoured solution was revealed a ‘an industry standard on cost’, which was the only solution to have more votes against it than for it at 47% saying yes, 53% said no.