Independent and local, why this agency is staying put 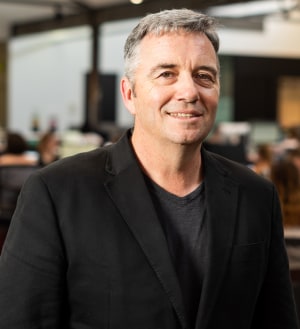 Independent agency Apparent is a comparatively small player in the game, but boasts clients across Europe and Asia.

Initially founded as a strategy and training based business, Apparent rebranded and relaunched as a customer experience agency after seeing opportunity in the market in 2010. It’s since grown considerably, doubling its team to more than 70 in the past two years and has no plans on slowing down.

Speaking to AdNews, Apparent CEO Phillip Smith said being a Sydney agency gives it the upper hand with clients in international markets, such as the US. For this reason, it wouldn't pursue opening an office in other markets.

Unusually, nearly half of the agency’s revenue comes from the US and other nations and it has clients such as Campari Group, Nikon, VMware and a global tech company that it can't name.

Ex-Ogilvy Interactive managing director Smith said while its global footprint is driving a lot of activity, he feels more confident sticking with his Sydney office.

“There’s conversation about opening a US office, but in reality if we did we’d lose things our clients value,” he said.

“It’s better we’re in Australia and a couple of the senior clients we’ve had conversations with see it’s better for them.”

Smith explained Apparent’s ‘follow the sun’ model, which gives it a few hours to get ahead of clients in international markets.

“When the team gets to work in the morning, its 12.20pm in California so when the client gets to work they have all morning to review the work and give feedback,” he said.

“They’ve got the momentum going into the day because all the work is sitting there.”

Apparent's spread across the globe

The US isn’t the only market Apparent has been able to crack into, with members of its team regularly travelling to cities such as Mumbai, Shanghai and Barcelona.

Its busy team is a sign there’s still demand for independents despite some other market views that the days of independents are dwindling, with MercerBell, The Monkeys, The Works and Banjo all acquired in the last 18 months.

Smith isn’t worried by the shrinking independent landscape, saying he has no plans to give up his agency.

“The independent realm is quite healthy,” he said.

“It’s important to have an independent group where it’s not just money going back to a holding company in New York, Paris or London. Independence is important to us because we can work with anyone, which is one of the joys or the independents, we’re not beholden to a single source.”

Apparent sees positioning itself as a true customer experience agency as key to its success, rather than chasing expansion overseas.

“There are agencies that have rebranded as CX agencies and you question whether they are actually doing anything different,” he said.

“CX goes back to direct marketing, which was about finding the right message through the right channel to get the right person.

“There was a real confusion direct marketing was just direct mail, which is just a channel, and that all died because it got too expensive. But actually it didn’t, direct marketing is a strategy not tactic.”

While Apparent has no ratios to maintain a healthy gender balance it has still managed to build a leadership team that’s 80% female.

“The focus of diversity on our instance is focus on diversity of thought and capability, as well as gender,” he said.

“I’ve always just hired the best person for the job.”

As a result of the flexibility the agency has provided its employees, eight out of 10 people in its leadership team are women, including its general manager Suzy Smiley.