Banjo founder: The days of independent agencies are coming to a close 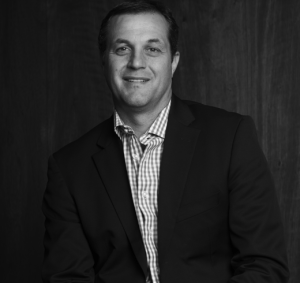 Shrinking margins, the threat of consultancies, the squeeze from procurement and the detrimental local impact of global pitches are what led Banjo founder Andrew Varasdi to the realisation that the days of independent agencies are numbered.

Varasdi, who this month sold a majority stake of his creative agency Banjo alongside co-founder Ben Lyttle to communications group Bastion Collective, said the environment for independents has become more challenging than ever before.

“If you are not part of a network it’s harder for new agencies to startup and smaller agencies to survive. It’s so competitive, it's crazy.”

It’s the harsh climate for smaller ad agencies that led Varasdi and Lyttle to sell Banjo after 10 years as a Sydney-based independent.

Bastion Collective taking a majority stake in Banjo future-proofs the business and gives it access to other specialities such as PR, sponsorship, research and events, Varasdi explained. He said it comes as clients shift away from using specialist agencies, demanding more end-to-end services.

“We couldn’t keep doing it alone and guarantee a secure future for our agency or our staff. As an independent you have to do everything on your own and with Banjo, we didn’t have a network to tap into opportunities.

“We recognised the market was shrinking and with the industry getting smaller, brands are folding and there are agency alignments and consultancies taking over. The point is, these guys are moving into our space and it’s really going to impact small to medium indies so we needed to find what we could do to move forward.”

He gave the example of a time where the agency won the local creative for a global brand, but the decision was overruled and the business was internationally aligned.

“It’s incredibly difficult as an indie these days with global alignments. They’ve actually gotten a bit out of hand,” Varasdi said.

“There are pitches being run for clients worth $50,000 with five agencies involved and no pitch fee. The expectation of agencies to volunteer ideas for free has hit an all time high of ridiculousness.

“It’s almost unsustainable for agencies, but more so for smaller to mid-size agencies, to give up that level of knowledge and expertise without any charge, in the hope you may win a bit of business against four or five other agencies."

Banjo was founded in 2008 with the backing of prominent investor Mark Carnegie and advertising industry legend John Singleton. Without these two figures, Varasdi admitted the agency would have had a very different beginning.

Carnegie sold his 20% stake in the business in November last year and handed the Varasdi and Lyttle full control of the business.

Singleton is still involved in the business and has a long history with both Varasdi and Lyttle, employing the two in the early days of their careers.

Singleton employed Varasdi in 1992 at Singletons prior to the agency merging with Ogilvy & Mather in 1997. Varasdi said the acquisition proves even the greatest of agencies needed help from a global network when they grew to a certain size.

“Singletons was led by arguably one of the most famous advertising guys in the country and even he got the point where he realised the agency couldn’t grow without international alignment,” he said, adding Singleton approved of the decision to become part of Bastion Collective.

Despite some similarities between the Singletons/Ogilvy merger and the Banjo/Bastion Collective acquisition, Varasdi said those were very different days in advertising.

“The world is much smaller compared to when we went through the Ogilvy acquisition. I don’t know if you can get a brand like Qantas as an independent any more. Big brands want international presence.”

Bastion Collective has offices in Los Angeles and China and is inquisitive about further acquisitions, said CEO Jack Watts. The business, which Watts claims is the country’s biggest locally owned independent agency, was founded in 2008 in Melbourne, with the Banjo acquisition now set to fuel its expansion into Sydney.

Watts, who has grown the business from two to 200 people alongside his brother Fergus Watts, said Bastion Collective isn’t bound by the traditional structure of some of the big holding groups.

“When my brother and I built Bastion Collective I was 23. We had never had jobs before. We didn’t know a lot about the industry, which worked in our favour because we didn’t build an independent agency the way they had been built before,” Watts said.

“We don’t have to worry about shareholders, global directives on our business or share price. We just worry about our clients and our staff.”

Watts said the acquisition is part of Bastion Collective’s expansion program, but the integration of Banjo will be done at a slow pace and the agency will remain under its own name “for the near term”.

“We’ve acquired the business because it’s a great business. Our focus is to allow them to keep running Banjo but taking the backend worries away, such as finance and HR, so they can alleviate the work they are great at.”