In the mood for Love - Quantium falls for MCN stalwart 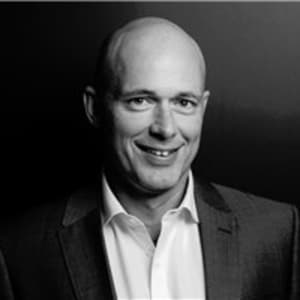 Data powerhouse Quantium has scored a new hire in the shape of MCN long-timer Murray Love.

Love, who has been with MCN for 16 years and has played a key role in creation of its subscription TV audience measurement panel, Multiview, will join Quantium as a principal in its media team.

Love's recruitment continues Quantium's rapid expansion which has included hiring more than 250 new staff in the last 18 months. It now has just shy of 500 staff.

CEO of Quantium, Adam Driussi, said: “We are delighted that Murray is joining the team at Quantium. He will bring skills and relationships to our business that complement our analytical capabilities – in particular working with clients and agencies to help them leverage the audience segments we have built for clients such as MCN, Facebook and News Corp.

“We’ve been fortunate to work closely with Murray over the past few years at MCN and culturally he is a perfect fit for our business.”

MCN's CEO Anthony Fitzgerald said the business was sad to see Murray depart but added he will be “embarking on an exciting new opportunity” with its data partner Quantium.

He confirmed Murray will remain in his role for the next six months before moving across to this new role, which will see him continue to work closely with both MCN and Foxtel.

“Murray played a fundamental role in the creation of Multiview and has overseen its rapid expansion and constant development making Multiview one of the most advanced audience measurement products in the world today,” Fitzgerald said.

“His ambition, innovation and industry knowledge, teamed with his passion for driving change through data has made him an invaluable asset to MCN and the advertising community. We have no doubt that these qualities will prove him successful in his next career chapter.

Both MCN and Quantium have made headlines recently.Just last week it was announced that it News Corp had struck a Quantium data deal and a programmatic JV with MCN.

The week before Facebook also made data deal with Quantium, Acxiom and Experian to fuse offline and online data.