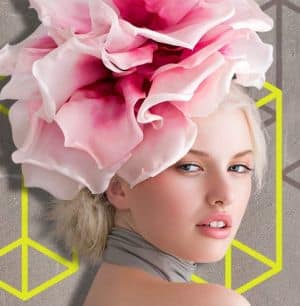 Brands are working data into structured sets, but it's unstructured data that is posing challenges, especially for retailers. IBM thinks artificial intelligence could be the answer.

To show how IBM's AI tool Watson could be applied to retail, Keith Mercier, IMB's global omni-channel retail executive, outlined a example of a fashion app that overlays structured and unstructured data in a way that would help fashionistas decide what to wear using an app that brings into consideration the current weather, events in their calendar, social data, their existing wardrobe and access to online shopping.

Speaking to AdNews at the industry day for Melbourne Spring Fashion Week yesterday, Mercier said the app is just an illustration of how IBM Watson can apply data to the day to day, but that IBM is working with a number of Australian clients to develop consumer applications that take advantage of the artificial intelligence capability.

While everyone has structured data sets, it's the “unstructured” data that comes from social media that retailers struggle with turning into something meaningful – it's here that Watson can play a role, he said.

IBM launched its Watson business for industries like retail and travel in February, after working on the AI technology for eight years. Its first application was in healthcare then IBM went on to look for ways to turn it into a commercial product. It originally built a machine that could learn how to beat humans at the game show Jeopardy.

Mercier said IBM hasn’t placed as much significant on any single aspect of its business as it has on Watson since it was building its PC division. It is launching a HQ for Watson in New York and will invested US$100 million over the next few years in developing the capability.

The first adoption in Australia was in the financial sector (ANZ Wealth) but it's pushing into the retail sector because its research shows that “trailblazer” consumers are looking for technologies that can make shopping experiences easier.

“We believe cognitive computing really is where the world is moving to and we're one of the first movers in this space. We're getting to a point that it can start to be commercialised.

“We're new but we're excited about it and talking to a lot of retailers about how to use it. We want to co-create with retailers because when you launch a new area of computing you don’t have all the answer. You have something interesting with lots of possible use cases but we have to figure it out.”

IBM has kicked off a three year partnership with Melbourne Spring Fashion Week where it will apply its technology and data capabilities to tracking the trends on show.

IBM created the digital site for the event and is tracking social posts to help the event organisers use the “unstructured input” to plan next year's event.