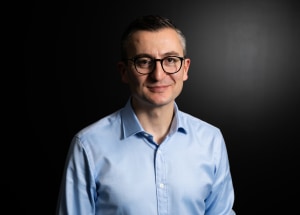 After gutting its local team in 2017, HuffPost Australia is back in the market and focused on raising diverse, authentic stories, says global managing editor James Martin.

The reduced team followed its split from Fairfax Media, and the company has since been revived locally under Oath, rebranded as Verizon Media last year.

As part of this revival, the publication hired Carly Williams as senior editor and Alicia Vrajlal as editor in October. While Martin tells AdNews it has no current plans to expand the team, he left Australia open as a growth opportunity for the US-founded title.

“In total we now have four people working for HuffPost,” Martin says.

The new local leadership’s focus will be on delivering diverse, accessible stories they think Australian media is lacking.

“The language you see in HuffPost stories is often different to what you would get in the wider media in the UK, purely because we want everyone to be able to understand and read our journalism,” he says.

“It's something that we've really tried to double down on, for instance here in Australia we really concentrate on making sure that all our content is accessible, has a sense of utility, and that we're trying to work for diverse audiences.”

He pulls away from the idea that the title is liberal, a label it had when founded by Arianna Huffington in 2005.

“I think we're progressive, but what we're after is not necessarily about taking sides in politics,” he says.

“What we want to do is support causes and issues that unite people. We think HuffPost has always been good in terms of solutions-based journalism. That was something we did under Arianna, and that's something that we still do now as well.

“So, I'm not sure if there's real use for media outlets to take sides. With HuffPost we provide them with the information, and we let people make up their own minds. In a way, telling people how to vote is not necessarily the most valuable use of the media.”

Williams, who steps into the senior editor role from Verizon Media’s content agency RYOT, says this “authenticity” will materialise in stories covering Australia Day, the still-taboo topic of therapy and LGBTQI+ stories.

“For instance, on January 26 the coverage won't look like ‘10 best barbecue hacks for your Australia Day barbecue’,” she says. “We'll be interviewing Indigenous identities about the Change the Date movement.”

These stories will fall under HuffPost’s new global Life vertical, launching in Australia early next year, with the local site also set to be revamped. This focus on life, identity and sustainability will define HuffPost Australia’s mission.

“And that, in and of itself, is quite distinctive. With the power of Verizon Media, really tight, yet well-defined editorial strategy, and hopefully commercial backing coming soon, we think the future is really positive for HuffPost in the market here. And that’s why we're back.”

While many major publishers, such as News Corp Australia and Nine, have turned to subscriptions to fund their journalism, Martin remains confident that an ad-based model can prop-up its journalism.

In the US, HuffPost offers memberships for readers, something big players such as Buzzfeed have also turned to. But, like The Guardian, Martin says it will never put its journalism behind a paywall.

“We fundamentally believe in access to all journalism so that means that we don't want to put our content behind any sort of paywall and we would never put up a paywall,” he says.