Host’s Anthony Freedman steps up to chairman of Havas 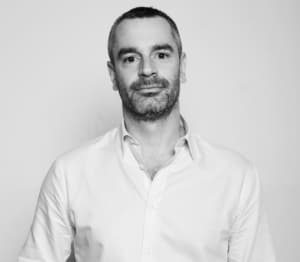 James Wright will also assume additional responsibilities, with the roll out of Red Agency across APAC, following its launch in Singapore last year.

It also follows news Vivendi, the owner of Universal Music and French film and television studio and distributor Canal, is looking to buy Havas.

The restructure is the next step in the group's 'Together' strategy, which has seen it roll out 48 Havas Villages across the world, bringing together Havas agencies of different disciplines within a single location. Read about the Australian 'Village' here.

Freedman’s relationship with Havas began in 2011 following the acquisition of 51% of Host and One Green Bean, agencies that he founded in 2000 and 2007, respectively.

“I believe the Together strategy provides clients with an answer to the fragmentation surrounding audiences, media, and agencies. Anthony, Mike and James have made exceptional progress with the Villages in Sydney and Melbourne and I look forward to working closely with them, along with Laura and Carl, to help build further success," Freedman said.

"We have ambition for significant growth fueled by closer collaboration between our agencies, allowing us to leverage the true scale of the Group in Australia and New Zealand. We are also planning a number of investments with particular focus on data, content, brand tech and healthcare.”

"Anthony is one of the most pioneering entrepreneurs in Australia with outstanding commercial acumen and a restless passion for helping organisations achieve their goals. We are excited about the potential for further, accelerated growth in Australia and New Zealand, under his leadership," he says.

Globally, the Havas Group has been on the acquisition trail, with a joint venture being announced out of China, and closer to home - the agency snapped up New Zealand creative shop and a shopper marketing agency.