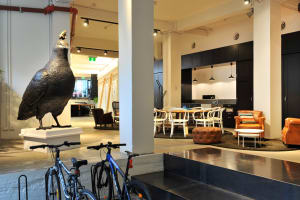 This year Host is celebrating its 17th birthday and while the industry has undergone rapid change, CEO Anthony Freedman says the agency’s original fighting fit purpose remains the same.

Launching as an agency without a creative department, instead tapping into freelancers and contractors when required as a way of being flexible, Host has since updated its model. It introduced a more structured team in 2013, and it completed this journey with the recent hire of its first chief creative officer, Darren Spiller, who joined from DDB. The agency now has 100 staff.

“Host launched at a time when many were predicting the death of the traditional agency model but were offering little in the way of new thinking to update it. We saw an opportunity to create a company designed for the new world whilst others were struggling to adapt from the old,” Freedman tells AdNews.

“In some ways we have come full circle, going from an agency with no conventional department to bringing on a high profile, experienced chief creative officer, but the rational for both decisions is surprisingly similar.

“Agencies are developing more work, with more variety, more quickly than ever before. There has never been more opportunity for a company to find creativity in more ways but today to be more experimental in how work can be conceived and created, also requires more consistency, coordination and control.

“We feel we can be more innovative around how we work creatively, with a strong creative leader corralling the chaos.” 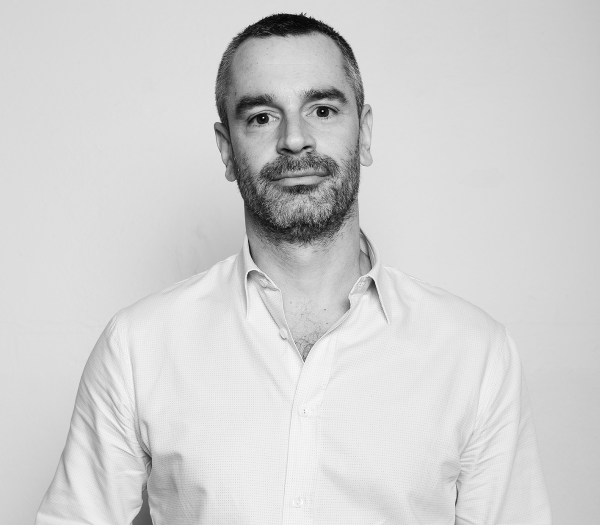 Freedman explains that as the type of clients the agency worked with and their demands changed, he felt it necessary to build out a team alongside the panel of independent talent. The agency is currently hunting for an ECD after the exit of Bob Mackintosh.

“Our philosophy of being fighting fit for the modern world has remained consistent but as would be expected, how we deliver it has changed. We’ve grown and grown up and so have our clients,” he says.

“We started as a young upstart with smaller and mainly project based clients, but over time grew to be Australia’s biggest independent agency [at a time]. As we, our clients and the world around us changed, of course we needed to evolve too. But the philosophy and values have remained and with a long-serving leadership team we have been well placed to maintain this, instilling it with the new people who have come along the way.”

In its heyday Host was one of the hot shops, winning the inaugural Titanium Lion that was first introduced in 2005, but has been more under the radar in recent years.

The agency had a successful 2016 picking up the creative account for Lion, following its win of the XXXX Gold duties. It also picked up a number of accolades for its Christmas campaign for Air New Zealand.

“From a work perspective, we have moved from a view that integrated thinking requires a very visible executional consistency across all touch points, to a belief that the context has to drive the execution,” Freedman says.

“Whilst the brand idea, look and feel will remain a constant, the expression of it may well vary based on the time and place in which the audience will connect with that piece of content. We have also always been excited by the future rather than fearful of it.”

This month, Carnival Cruise Line ended its relationship with Host after making a decision to move to project-based work.

Host prides itself on the loyalty of its client relationships, holding the Air NZ account for more than a decade, as well as the long-term stability of its leadership. Chief strategy officer Olly Taylor has been with the agency for more than 14 years. MD Laura Aldington joined the agency in 2007 and after a brief stint at Anamoly, has now been with Host for nearly five years.

When asked about increasingly shorter agency relationships prior to losing the Carnival Cruise Line account, Freedman says the merry-go-round of pitching is disappointing.

“It’s a shame enduring relationships are becoming less common as trust and understanding take time to build. There are many reasons why this is happening… the reducing average tenure of marketers, the pressure to continually drive costs down, the evolving agency landscape and evolving media landscape.”

“Now more than ever agencies need to bring consistency as an antidote to the inclination for change. Consistency of team (reduce churn), consistency of service (A-game all the time, never complacent), consistent creativity (original thinking in everything they

Host was acquired by Havas in 2011, which the agency believes gives it the strength of a network but still with the autonomy of an independent.

Back in 2013, Host signalled plans to expand globally, launching into Singapore as its first step towards establishing a presence in other locations outside of Australia.

The business of 10 is led by Andrea Conyard who is group MD, and replaced Dan Gibson in January last year. Clients include Google, PayPal and Magners.

“We established Host in Singapore and continue to be very open to other offices elsewhere. We are currently engaged in some regional client conversations that may well see other Host locations,” Freedman says.

"The partnership with Havas has a number of benefits from an expansion point of view. For example, we have always seen international expansion by way of a ‘hub and spoke’ model with Host offices in key strategic locations for origination of strategic and creative thinking, which in turn plug into a network of ‘spoke’ offices for local transcreation and deployment. Havas gives us access to that essential local reach."