High Court ruling a ‘wake-up call’ for publishers and brands 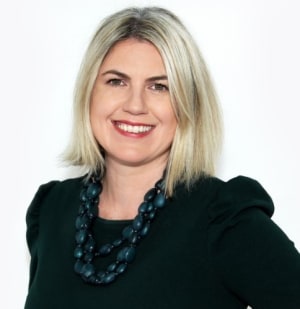 The High Court’s decision that media outlets are responsible for third-party comments on their Facebook pages should be a “wake-up” call for all publishers, and potentially brands, industry sources say.

Yesterday’s decision from the court opens the pathway for former youth detention detainee Dylan Voller to sue major Australian news publishers, including The Sydney Morning Herald, The Australian, and Sky News in the NSW Supreme Court.

In its judgment, the High Court said that in “facilitating, encouraging and thereby assisting the posting of comments by the third-party Facebook users”, the news outlets were “publishers of those comments”.

Amber Robinson, marketing director at social media and online community management specialist Quiip, says the High Court’s decision to uphold the initial ruling from 2019 isn’t a surprise, but should be a “wake-up call” for all publishers.

“If news outlets had been hoping that the 2019 ruling would be overturned and only made temporary arrangements for comment moderation, today will be a wake-up call that they need to take social media comments seriously, if they aren't already,” she tells AdNews.

“One of the original defences of the idea that Facebook page owners are responsible for the comments on their Pages was that there was no way to turn comments off, however that feature has now been enabled, so that excuse is no longer on the table.

“News outlets should continue to feel comfortable using Facebook in a risk-averse way. That would include being aware of the legal risks of certain posts and pre-moderation by turning comments off on stories about court cases for example, but also post-moderating and ensuring every comment, if possible, is seen and assessed by trained moderators.

“The judges had pointed comments towards media companies for encouraging increased engagement on their posts, so high-shock headlines about individuals and other clickbait tactics which tend to drive hateful comments are probably not a wise idea.”

Robinson says that although the ruling didn’t apply to Twitter, Instagram and other social media platforms, she encourages a similar risk-averse approach for all platforms. She adds that social media teams need to be trained and managed by senior leaders who understand the legal risks of engaging on various platforms and how to mitigate them.

Robinson says most major news outlets and brands are aware of the initial finding made in 2019 and were already moderating their comments during work hours as well as nights and weekends, either using internal staff or outsourcing to an agency. Quiip works with news publishers, including SBS, to help moderate their comments.

“Responsible outlets will be using today's findings to refresh messaging to their teams regarding third-party comments and refine their moderation solutions,” she says.

“News outlets need to understand that there is no such thing as a free lunch - the massive audiences and clicks social media can deliver do come at a price, which is the responsibility of keeping their social media pages safe and free of harmful content, including potentially defamatory material.”

Robinson says given that many many brands also use Facebook to help grow their audiences and sell products, this ruling could potentially apply to brands.

“Some brands may find that they don't have the resources to moderate comments so will post less content, or change their strategy from high engagement to other sorts of objectives such as reach,” she says.

“Social media works best when it is conversational, rather than just a broadcast channel, so I hope they aim for a happy medium.”

“It is important to note that there has been no judgement yet on whether the comments made against Dylan Voller were defamatory, the case has been sidetracked by the debate over whether the news outlets are publishers or not,” Robinson says.