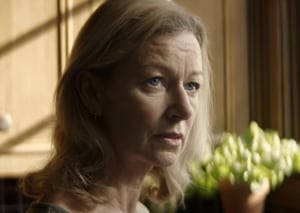 Following yesterday’s backlash against its 'Heartless Words' ad, both the CMO for The Heart Foundation, Chris Taylor, and its creative agency Host/Havas have defended the ad.

Taylor says although it anticipated the ad could upset people, it was important to jolt Australians into acting.

“Research shows Australians have forgotten that heart disease is the single leading cause of death in Australia.

“We are trying to reduce the suffering caused by heart disease by raising awareness about the disease and encouraging people to see their GP for a heart health check as in many cases heart disease is preventable.”

In the week since launching, The Heart Foundation has had more than 20,000 people use its online Heart Age Calculator to better understand their risk of heart disease.

“We are pleased the campaigning is having a positive effect. This campaign will help to avoid thousands of heart attacks, strokes and deaths, meaning many more Australian families won’t have to endure the same tragic loss as others before them.”

A Host/Havas spokesperson says when it first started learning about heart disease ahead of working with The Heart Foundation, it was “shocked” by the number of people who are affected, as well as “Australians’ disturbing level of complacency about it”.

“Heart disease is by far the biggest killer in Australia, claiming 51 lives a day,” the spokesperson says.

“Whilst some of these deaths are unpreventable, the reality is that a staggering 70-80% of people who experience heart events have risk factors for heart disease that could have been managed if they’d had a simple Heart Health Check at their GP.

“And yet, we all find a million trivial reasons not to prioritise doing so. There is no doubt that this is a very confronting campaign, but if a difficult conversation reminds people what the terrible price of our apathy could be, prompts action, and reduces the huge number of preventable deaths across Australia each year, it’ll have been one worth having.”