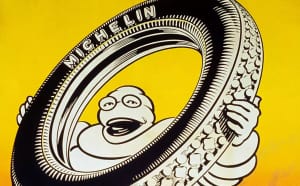 The Michelin Man has found a new media buying home at Havas Media.

Incumbent MEC lost the global account to Havas in a competitive pitch which is thought to have taken place earlier this year.

AdNews understands the Michelin account in Australia will be run from its Melbourne office.

Michelin is the world's second largest tyre company behind Japan's Bridgestone, although toy company Lego can lay claim to be the producer of the most units of tyres.

It is also the company behind the famous Michelin Man, whose harrowing tale of how he became so large can be seen below.

The Michelin Man has starred in several global TVC ads in this country, including this one in 2015.

For Havas, it's another major win in the automotive category after picking up Korean car maker Kia Motors earlier this year, a $19 million pitch win from Initiative.

This year, Havas has also won media duties for Momentum Energy, UTS as well as social and digital for Moet Hennessy.

Towards the end of 2016, Havas secured a raft of new business, including SunRice, Swarovski, Sydney Airport and Primary Health Care.

MEC is merging with Maxus as part of a global restructure of GroupM's media agency business. AdNews understands the merger will take the form of a brand new agency with a different focus and agency philosophy to both of the incumbents.