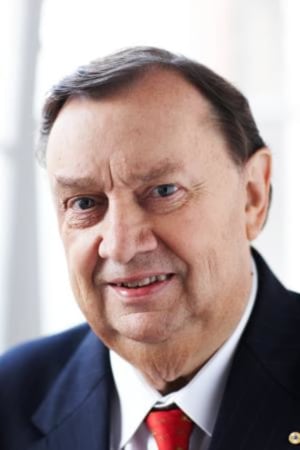 Adman Harold Mitchell has called for an investigation into the conduct of corporate regulator ASIC in taking him to court alleging he misused his position as a director of Tennis Australia.

The Federal Court, in a case started in November 2018, has dismissed allegations that Mitchell, a media buyer doing business with television stations, favoured the Seven network when negotiating broadcast rights on behalf of Tennis Australia.

“It (ASIC) has expended millions of taxpayers’ dollars in proceedings that have taken their toll on many people, and failed miserably,” Mitchell said in a statement, with the headline “Humiliating defeat for ASIC in tennis rights case”.

Justice Beach threw out 41 of the 44 allegations brought by ASIC over the awarding of the Australian Open broadcast rights to the Seven network in a 2013 deal worth $195.1 million over five years, well above the $100.75 million struck in the previous agreement in 2007.

“The various cover up and conspiracy theories that it floated turned out to lack substance,” according to the Federal Court decision.

“I am satisfied that although some of his conduct could be criticised, nevertheless he acted in what he perceived to be TA’s (Tennis Australia) interests,” the judge said.

Mitchell, who started in advertising in 1960 as an office boy and was inducted into the AdNews Hall of Fame in 2012, sold his Mitchell & Partners to Aegis for $363 million in 2010.

The legal action by ASIC (Australian Securities and Investments Commission) centres on deal making, and backroom maneuvering, in 2012 and 2013.

Mitchell says ASIC, as the court judgment shows, misunderstood the TV rights negotiations, which were beneficial and profitable to Tennis Australia.

He says ASIC instead brought the case relying on allegations from former Tennis Australia board members with an “axe to grind”.

The court found that Mitchelll did contravene his director duties three times but not to the extent that ASIC alleged.
ASIC had sought orders banning Mitchell from acting as a company director but the judge said he is considering a “moderate pecuniary penalty” without Mitchell being disqualified as a director.

This means Mitchell can remain as a director of companies, including his current gig at Crown Resorts.

Mitchell says those allegations had nothing to do with whether the TV rights deal was in the best interests of Tennis Australia.