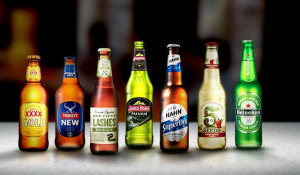 Hahn Super Dry admits it has seen "pretty soft" sales over the past 12 months, as competitors got in early and cashed in on the growing health trend in male beer drinkers.

As a result, Lion portfolio marketing manager of contemporary brands, Amy Darvill, says the brand had a "pull your socks up" moment.

Darvill says a big part of what the company is trying to do now is to educate people around beer, versus other alcohol options and the 'healthier benefits' to the product, in terms of calories, carbs, sugar levels and preservatives.

She says the brand was surprised by the health trends coming from men in its target demos, not expecting it to be something that played out so heavily when it came to the choice of beer.

"To be honest, there have been competitors out there who have hit us pretty hard, we won't shy away from that," Darvill says.

"Who would have thought the Aussie male would've been more interested in that than going down the pub drinking and watching footy?"

"It's a slow burn to educate people around that but, just like the other major food and beverage companies are doing, it's about providing options for people," she says.

"Drinking alcohol is not going to be a health choice and there's no silver bullet in marketing against that, however, there is a multitude of ways we can provide options for a health-conscious consumer."

The 30-second launch ad shows two men marching towards one another to the tunes of 'You're the Voice' by John Farnham and 'The Horses' by Daryl Braithwaite.