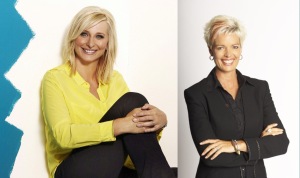 Seven commentator Johanna Griggs has hit back at the ABC regarding the network's involvement in the Closing Ceremony of the Commonwealth Games.

Griggs responded to a report from ABC journalist Tracy Holmes that stated that Seven was briefed 24 hours before the opening ceremony and would have received a minute-by-minute breakdown of exactly what happened.

GOLDOC made the decision that the athletes would enter the arena during the pre-show, which is not broadcast.

In a statement today, Griggs has defended Seven and its involvement, explaining that briefings are designed to give an overview of the creative vision of the producers, and to give a breakdown of what is to be explained in commentary.

“At no point in the guide does it mention that there wouldn’t be one single shot shown of athletes watching the performances,” Griggs says.

“If we’d left that briefing room with any indication given to us that no athletes would feature, then of course we would have made other arrangements to capture those moments. But instead we thought we were going to broadcast an innovative and exciting show.”

Griggs said that during the briefing Holmes was not in the room, instead a different representative from ABC radio turned up.

She also denied ABC's report that the network was free to begin its 'exclusive' coverage, which Holmes said Seven was entitled to do with its in-field camera.

“What happens in the pre-show is embargoed until the main show begins so Tracey’s suggestion of starting 15 minutes earlier is just not right. We wouldn’t have been able to show the vision anyway,” Griggs says.

“Tracey said Channel 7 cued in the Australian team to film vision. Whoever gave that cue wasn’t us. I’m guessing it was the stadium control room.”

“As rights holders, we were allowed one camera in the stadium, a news camera, on the condition we wouldn’t show the vision for 24 hours. We made the decision to show it anyway at the back of the ceremony when we realised what a farce the Closing Ceremony was turning out to be.”

During the broadcast both Griggs and co-commentator Basil Zempalis slammed the host broadcaster and organising committee of the Commonwealth Games.

Griggs and Zempilas slated the bungled event, with Griggs visibly “furious” by the lack of athletes pouring in to be led by flag bearer Kurt Fearnley.

“People are thinking that Channel Seven has chosen not to show pictures of athletes or not to show the flag-bearer, Kurt Fearnley or other flagbearers. We can only show the pictures that are provided by the actual host broadcasters,” Zempilas said at the event.

Griggs thanked Zempilas and the team at Seven for the support she received and for allowing her to say what she “really thought” of the broadcast.

“I can assure you that the conditions applied to Channel Seven for these ceremonies was very different to anything we’ve ever experienced before,” she says.

“I stand by the fact that we could only show the vision supplied to us on the night, and that whoever made the decision to not cut away to the athletes made a bad call. And the athletes left because they didn’t feel at all included in the show which is such a shame as they were the real stars who should have been celebrated.”