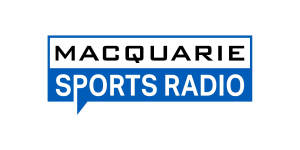 The station will launch with an exclusive broadcast rights partnership to cover three English Premier League games per week and coincides with the Commonwealth Games.

Macquarie Media CEO Adam Lang says the new station will be funded by sponsors and advertisers, with a dedicated partner to be signed.

"There are many clients committed to advertising and promotions on all of our stations, but there is no new sponsor for Macquarie Sports Radio programs as yet," he says.

"Ahead of the launch, there has been a large amount of interest. As we announced our line up only yesterday and launched today, those discussions are proceeding well and we look forward to announcing the further news."

"We continue to see growth in a variety of sporting endeavours," Lang adds. "There are more than 13 million sports fans in Australia."

"It made sense to extend our expertise into a national format that covers all sports all of the time.”

The sports line up

As part of the new station, Macquarie Media has secured exclusive broadcast rights to live Premier League games. The deal will include the weekly broadcast of three EPL games, accompanied by a partnership with the league's global audio partner TalkSport.

TalkSport's award winning shows, Hawksbee & Jacobs and Durham & Gough, will be broadcast from midnight to 4am weekdays, as part of the agreement.

Apart from the Commonwealth Games and Premier League, the station will cover the AFL and NRL, with other codes to be negotiated.

David Schwartz and Mark Allen will head up a national drive program.

Lang says alongside the stations regular hosts, two dedicated network journalists, James Willis and Billy McGee, will be on staff to add breaking stories and their perspective throughout the day.

The Melbourne breakfast and drive shows will air on Macquarie Sports Radio straight after the Commonwealth Games, from Monday 16 April.

Macquarie Sports Radio is on in Sydney on 954 AM, in Melbourne on 1278 AM, in Brisbane on 882 AM and on the respective Digital Radio DAB+ stations as well as in Perth.