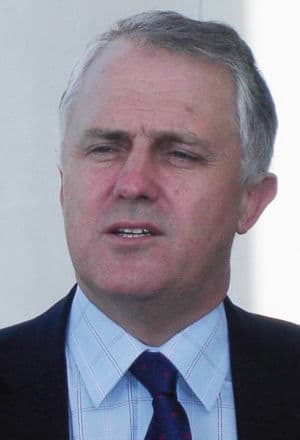 Commercial TV networks have come out swinging against the federal Government for allegedly attempting to create a fourth commercial free-to-air player “by stealth”, while media buyers have warned that increasing its ad time could damage SBS's reputation and audience figures.

The accusations come after the federal Government today announced $308 million in cuts to both SBS and the ABC over a five year period.

Communications Minister Malcolm Turnbull unveiled the much-speculated cuts to both SBS and the ABC today, as it chases savings across the board.

Currently, SBS is allowed to broadcast five minutes of advertising per hour, or 120 minutes per day, which currently equates to 25% of its revenue.

However, legislation is in the works which would allow SBS to claw back some of its lost revenue through an increase in advertising, should it wish to do so.

The Government would need to amend current legislation, but if it were passed, SBS would be able to effectively double it to 10 minutes per hour, moving it closer to the 13 mintues commercial stations are allowed.

It would depend on there being enough demand from media buyers to take up the extra allocation.

SBS managing director Michael Ebeid said it would only schedule ads “where the advertising return could genuinely aid our ability to invest in more Australian content.”.

He previously told AdNews that it had would seek to make up the shortfall in budget with back-house efficiencies, with next year's content line-up materially unnaffected.

However, free-to-air channels are already accusing SBS and the government of severely underplaying the effect of SBS raising its advertising threshold.

Speaking with AdNews today, media buyers were cautious about SBS increasing the number of ads available saying SBS's appeal was in its premium offering.

“There's no doubt the appetite is there for more ads from an advertising point of view,” Carat chief investment officer Paul Brooks said.

“SBS has a point of difference in the market, which is almost a premium offering.”

“We'd certainly be a bit concerned if it immediately doubled its ad availability, as that would chase away viewers,” Brooks said, “but we're sure they're going to think very hard about that balance.”

Industry body FreeTV Australia said independent analysis handed to it by MediaCom showed the total revenue from the increase in advertising would be around $200 million over the five year period, instead of the $28.5 million set out by the minister.

Speaking to AdNews this morning, MediaCom CEO Mark Pejic said the analysis included a stepped approach, where 35% of the extra inventory was filled in the first year, 50% in the second year, 75% in the third year, and 100% in years four and five.

“There is a finite advertising pie and any increase in SBS revenues would come directly from commercial broadcasters who will in effect be subsidising a Government funded broadcaster.”

Network Ten has also come out swinging against the proposed change, accusing the Government of “clearly creating a fourth free-to-air network by stealth.”

Dateline isn't dying, but it's "getting a refresh"