Government opens up TV and radio ads to MP budgets 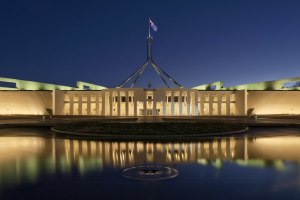 The Morrison government has passed new regulations that allow MPs to use taxpayer dollars across both television and radio, in a bid to improve regional MPs' advertising opportunities.

In an Australian first, parliamentary members will now be free to spend their $137,000-a-year office budgets on TV and radio advertising.

Special Minister of State Alex Hawke overturned regulations that previously prohibited this, with the ruling coming into effect immediately, in time for the upcoming federal election.

In response, both Free TV and Commercial Radio Australia (CRA), the industry bodies for TV and radio respectively, have come out in support of the decision.

Free TV CEO Bridget Fair labelled the previous rules "archaic", saying they were "outworn and unfair" and reflected a media landscape from the 1950s.

“The current rules are yet another example of seriously antiquated legislation that does not contemplate the new media age," Fair said.

“It is outrageous that public money can be spent on foreign multinational social media platforms that do not even comply with Australian Electoral Commission rules around election advertising but cannot be spent on trusted Australian media outlets like commercial free-to-air television, particularly in regional areas."

CRA CEO Joan Warner said the changes to the regulations were "especially important" to regional Australia, where radio "lives" and is "hyperlocal".

"This is just one of a number of old rules that, until now, hadn’t kept pace with the current media landscape and that explicitly discriminated against local radio stations," she said.

“This will be a welcome change for MPs and senators from all sides of politics who had been able to use this annual allowance on newspapers, direct mail, outdoor and global digital giants such as Facebook, Google, Instagram and Twitter but were banned from using local radio."

The move will be a welcomed change for the major TV and radio networks, with many citing a lagging election spend as a reason for declines in ad revenue in their first-half interim result for FY19.