‘Google is throwing its weight around’ – Big Mobile on interstitial ads 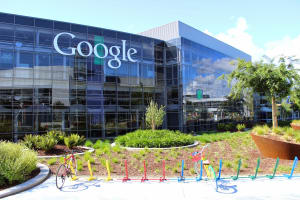 Google will punish websites that serve “intrusive” interstitial ads on their mobile sites by downgrading them in its mobile search rankings.

The company said in a blog post that as of early next year publishers displaying the pop-up or full-age ads will be penalised as interstitial ads “provide a poorer experience to users”.

While some have praised the move saying it’s a win for user experience, others are saying it’s just another step too far from Google, when it comes to controlling publishers every move on the mobile web.

Big Mobile operations and technology director Tim Armstrong tells AdNews the update is just “another distraction to the industry” and just another example of Google exercising its power.

“Google is just trying to solve a problem that isn’t one,” Armstrong says. “It’s basically just throwing its weight around,” he says.

“What Google is doing is slowly using its power to capture more of the market and that’s a real fear because they are nearly there – at a monopoly. It is only pushing down the rankings of other sites for its own content and partnerships.”

Despite the threat of Facebook, Armstrong believes Google is still very much winning the epic mobile battle between the tech giants.

“Google is making a move to exercise its control over non-Google properties. It's saying: “We are a big player, if you aren’t part of our stack or use our tech, we’ll go out of our way to put you in a position to display a benefit of you coming over."

Managing director of IPG's Reprise, Ale Vendramin, told AdNews that while it may be short-term pain for some publishers, in the long run they'll be better off for adopting this change.

“This is better for the user and Google ultimately cares about the user,” he says. “If Google wasn't implementing these changes, users would eventually leave publishers who are serving them with these obtrusive ads. It may not happen for five months, or five years, but they'd lose the users eventually.”

These are Google's examples of unacceptable interstitial ads

Armstrong disagreed the update was made to purely benefit consumers, as he believes audiences are willing to look past pop-up ads in exchange for good content.

“The audience just wants content – they’ll go to a site with a pop-up if it has what they need.”

He says Google's decision earlier this year to rid flash technology from the internet benefits consumers, however the ban on interstitial ads “doesn't solve a genuine problem” in his eyes.

This is not the first that Google has shifted its search rules. Google has tried to crack down on intrusive full-page adverts before. In September 2015, it announced it would be downgrading sites that show annoying full-page ads prompting users to install mobile apps.

But this new move will take it a stage further, and punish all kinds of pop-up adverts. The most recent update is part of the Google boosting the rank of “mobile friendly” websites.