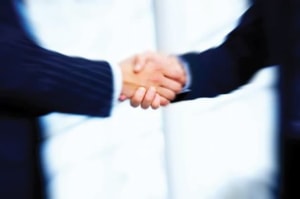 Consumer watchdog the ACCC is pushing Facebook and Google to a timetable for a content deal with Australian publishers.

Letters had been sent to both the digital platforms and publishers setting out an expected schedule, the ACCC confirmed.

The ACCC wants to know by the end of this month the broad subjects proposed for negotiation and the potential format of commitments.

Negotiations should take place between February and April, it says in the letter. A full draft agreement is expected by Oct­ober.

Google and Facebook need a deal with publishers on the use of their content or face further regulation by the federal government.

“It will be important to progress negotiations in good faith and as expeditiously as possible in order to meet these deadlines, noting that the government has indicated it will consider options, including imposing a mandatory bargaining code, if a suitable outcome is not reached within the expected timeframe," the ACCC letter says, according to The Australian.

“While the conduct of the ­negotiations is a matter for and a responsibility of the platforms and news media businesses, the ACCC may intervene at any point should it believe negoti­ations are not progressing appropriately.”

Last month the federal government released its response to the recommendations of the ACCC Digital Platforms Inquiry.

Treasurer Josh Frydenberg then said: "The government is not ­messing around, we will not hesitate to act.”

The inquiry was launched following concerns about the market power of major platforms, including Google and Facebook, and their impact on Australian businesses and journalism.