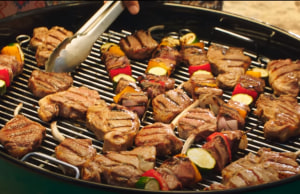 The Monkeys, part of Accenture Interactive, has been rated Australia's leading creative agency in the 2020 Global Effie Index.

The scoring put The Moneys at 28th in the world with 68 points from 14 award wins, including a Gold for NRMA Insurance.

The nearest from Australia was BMF at 41st. Across the ditch, DDB NZ came in at 8th, FCB 12th and Colenso BBDO 14th

A selection of the winning campaigns from The Monkeys:

NRMA Insurance: Help Is Who We Are
When it comes to reviving your brand, its original purpose can be easily overlooked. This is an important reminder that sometimes it’s best to go back to your roots, and that exceptional value can be unlocked by reinterpreting what made your brand great to begin with. By embodying Australia’s national spirit of Help, NRMA Insurance reversed eight years of declining customer numbers for the first time since April 2014.

Canadian Club: The Big Question
By treating Over Beer? as a big culturally provocative idea, not just a bumper sticker, Canadian Club became the catalyst for all Australians to question the unquestionable: is it time to ditch our cultural commitment to beer? By asking The Big Question, Canadian Club took it to a new level, achieving an incremental $35 million plus value sales uplift year-on-year, growing customers at three times the category, was successful at raising prices ahead of the category, and delivering an ROI of $3.12 in incremental profit for every marketing dollar spent. Canadian Club overtook Bundaberg Rum in value sales for the first time in history.

Telstra: No Need to Worry About Data
This is the story about Telstra taking on its competitors on their turf and winning. By tapping into young Australians’ latent anxiety around data in an entertaining way, Telstra was able to connect with this audience, resulting in its most successful pre-paid campaign on record. The digitally led campaign stemmed the long-term decline and even put Telstra Pre-Paid back into growth.https://vimeo.com/329933815

Blackmores: Get Your Body Moving
At the start of 2018, Blackmores was facing some pretty serious headwinds -- a market leader lagging behind category growth, fast losing buyers and the segment prioritised to drive business growth was in decline. All thanks to an unconventional approach: one that focused on Australians’ minds, not their bodies. The campaign empowered people with knowledge, not aspirational ‘fitspo’. And, motivated them with empathy, not celebrity.

FCAI: Don’t Die Wondering
As many as two in every seven vehicles in Australia built from 1999 onwards have been installed with faulty Takata airbags that have the potential to injure or kill their drivers and passengers. To bring awareness to the seriousness of this manufacturing defect, the Federal Chamber of Automotive Industries (FCAI) released Don’t Die Wondering. The public service announcement recall campaign empowered Australian vehicle owners to check if their vehicle has a faulty Takata airbag. The campaign led them to a website purpose-built by Accenture Interactive (IsMyAirbagSafe.com.au), where they could enter their vehicle registration number to ascertain the safety status of their airbags.